Jiffy cornbread hush puppies are a favorite side dish that go well with BBQ sandwiches, fried fish, or even sausage.

The southern hush puppies recipe is super easy to make and is packed full of flavor.

It’s a great day to learn how to make Jiffy Cornbread Hush Puppies, and it’s a quick and easy recipe that is perfect for barbecues, parties, and potlucks.

Jiffy Muffin Mix has a ton of uses, from cornbread, casseroles, corn dogs, meatloaf, cornbread casserole, and the list goes on.

Starting with Jiffy makes recipes a lot easier, and they are a super-fast recipe to whip up, cook, and serve.

The hush puppies combine the flavors of buttermilk, sweet onion, and Jiffy Corn Muffin Mix for a delicious, flavorful, and homemade dish.

If you love cornbread, give Jiffy corn pudding a try, with creamed and whole kernel corn.

What do I need to make the Jiffy cornbread hush puppies?

I first tried hush puppies years ago at a restaurant in west Tennessee that overlooked a fish pond and from the first moment I tried them I was in love with them.

The side dish is known for being a staple in the South.

Of course, at the time, I was a youngin’ and didn’t even consider making them at home, but I am so glad I had plenty more occasions to give them a try.

What’s In A Hush Puppy?

Hushpuppies are usually made up of cornmeal, eggs, milk, onions, and flour; however, many people like to add corn, garlic, jalapeños, fish, red peppers, and so much more.

Once you make up the hush puppies, you fry them in oil until they are crispy and golden brown on the outside, moist and fluffy on the inside, and full of flavor.

What Do I Serve with the Side Dish?

You can really serve hush puppies with anything, but most people serve them with fish, sandwiches, barbecue, crab, hamburgers, southern salmon patties, or just about anything you can think of.

I’ve had readers ask for an old fashioned hush puppy recipe and this is really the same basic recipe, but with the use of Jiffy Corn Muffin Mix.

Secondly, add an egg to the Jiffy mix.

Thirdly, add some self-rising flour to the bowl.

Fourthly, throw in the diced onions. I used a sweet onion in this mix.

The Jiffy Corn Muffin Mix is already a tad sweet, but using a sweet onion didn’t make it too sweet; however, if you’d rather use a common onion you can and it will taste just as wonderful!

Fifthly, pour the buttermilk into the bowl.

You can use milk or buttermilk, the choice is up to you, but I personally love the flavor that buttermilk adds to the recipe, and buttermilk hush puppies tend to taste richer.

Mix the ingredients together and place the batter into the freezer for about 10 to 15 minutes so it can firm up a little, which makes it easier to form the hush puppies.

Add Vegetable Oil to the Skillet

Heat up the oil in the skillet while the batter firms up in the freezer. Turn the temperature to medium to medium-high.

The oil needs to get to 365-degrees to fry the hush puppies.

Once the oil is ready, spoon out a little bit of the batter and roll it into a ball about one-inch thick.

The hush puppies will puff up when they hit the oil and start cooking, so be sure not to make them too big.

I learned the hard way by making the little puppies too big and they puffed up quite large and the insides really didn’t cook all the way.

So, the next time I made the hush puppy mix, I rolled them much smaller since they grow in the cooking oil.

Once you see the bottom of the hush puppies turning brown, and it only takes a few minutes, go ahead and flip them over so the other side can cook.

Cook the other side of the Jiffy cornbread hush puppies.

Finally, take the hush puppies out of the cooking oil, allow them to drain on a paper towel, and they are ready to enjoy!

If you love to add corn to your hush puppies, it’s an easy addition to the recipe.

Simply add one can of cream style corn, and reduce the amount of buttermilk to 1 tablespoon, because you will already have a lot of moisture from the cream corn.

If the batter seems dry, just add a little bit of buttermilk at a time until it reaches a consistency that is easy to roll and fry without falling apart.

There are a lot of sauces to choose from out there to serve with your side dish, so the options are endless.

Julia’s Simply Southern has a recipe for old fashioned tartar sauce. Or, give her red remoulade sauce a try.

And add Chick-Fil-A Coleslaw to your table, as well as an easy recipe of deviled eggs.

If you’re cooking for a group, Crock Pot macaroni and cheese is another great side dish to serve with the hush puppies.

Roasted red potatoes are another delicious addition to the table.

Check out the Jiffy cornbread hush puppies card below, grab those ingredients, and start cooking! I love this recipe and I think you’ll love this one, too.

Create small balls when rolling the hush puppies because they will puff up once they start cooking in the oil.

The oil needs to get to about 365-degrees to frying the hush puppies. 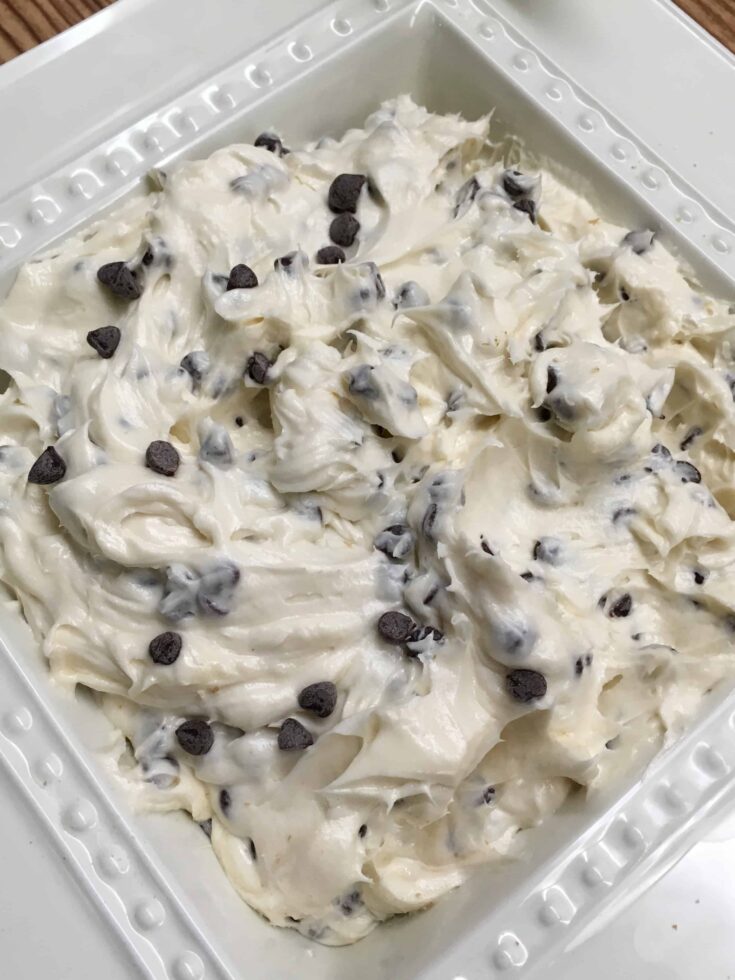 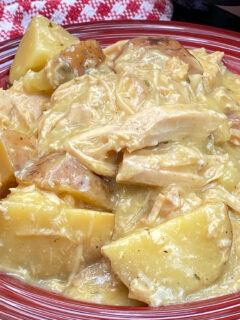 I love hush puppies and using Jiffy mix cuts down on prep time. I lived in Florida for 17 years and all of the seafood establishments served them with powdered sugar sprinkled on them. Had my doubts but after trying one I never eat them any other way and they are delicious with New England style clam chowder. Red Lobster served hush puppies before they changed to those terrible cheese biscuits - wish they'd go back to the hush puppies.

I have never tried them with powdered sugar, I will have to try!

Can these be cooked in an air fryer

I'm not sure. I haven't made them in an air fryer. I would think they might be too runny to put in the air fryer.

[…] Jiffy cornbread hush puppies are a great addition to the table and are full of flavor. […]

Jiffy Cornbread Dressing - Back To My Southern Roots

[…] by making two packages of Jiffy cornbread according to the […]