Pull Apart Pumpkin Spice Bread with Cinnamon Icing is an easy recipe to make with canned biscuits. The pull-apart bread recipe is perfect for the fall and is made with all of the seasonal spices, including cinnamon, nutmeg, ginger, and cloves. I love this recipe and it’s the perfect pumpkin recipe to get you in the spirit of fall! 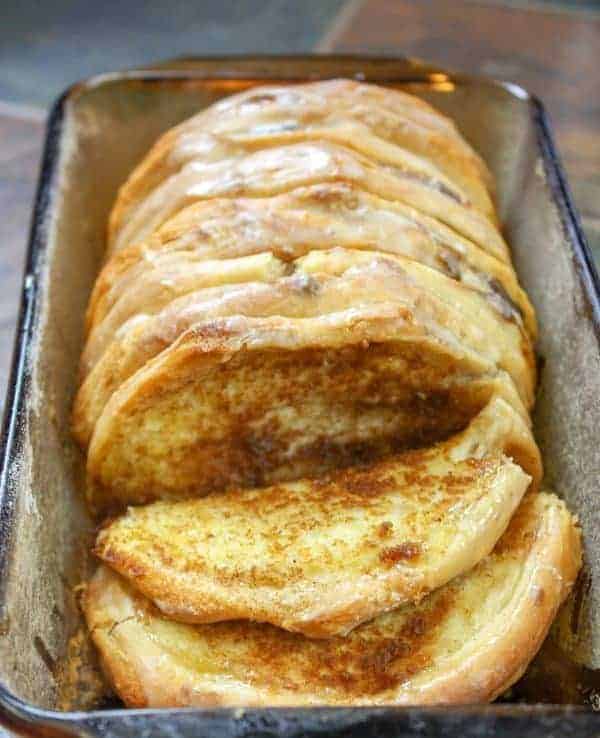 This might be one of my all-time favorite pumpkin desserts. It’s sweet, pumpkin-y, filled with wonderful fall spices, and super easy to make. It really doesn’t get simpler than that.

I’ve seen this easy pumpkin recipe in a lot of places and thought it would be fun to try and I just love it. The icing is made with cinnamon, powdered sugar, vanilla, and cream. When you add it to the dessert and then let it cool, it kind of has a touch of a crunchy texture and that makes it just perfect.

I actually made this twice and added three-fourths of a cup of pumpkin the first time. It was a little too much pumpkin in my opinion (is that possible?), so I added less the second time and I like the way it turned out. I kinda think this is one of the best pumpkin recipes out there and will become a yearly tradition around my house.

My youngest really enjoyed the pumpkin pull-apart bread and wanted seconds. Pumpkin puree recipes are always a fun treat during the fall months.

What do I need for this pumpkin dessert recipe?

Recipe and printable instructions listed below. 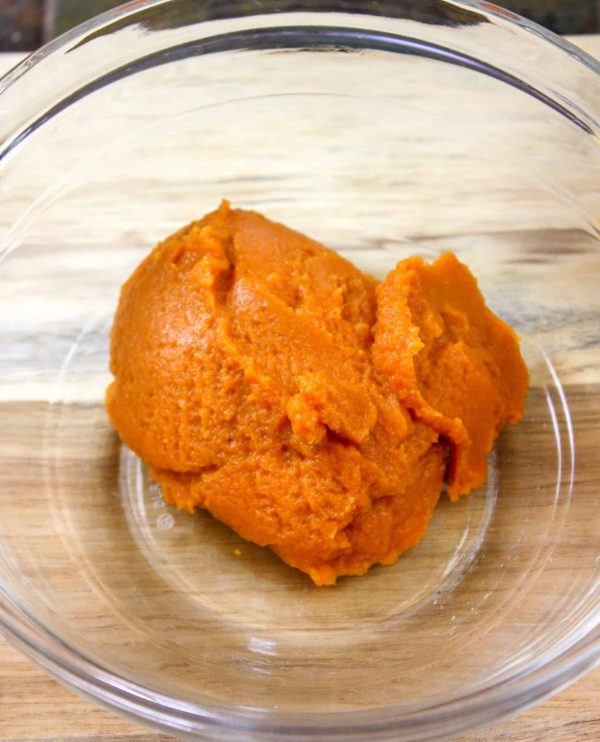 Add the canned pumpkin to a medium-sized bowl.

Next, add the sugar to the bowl. 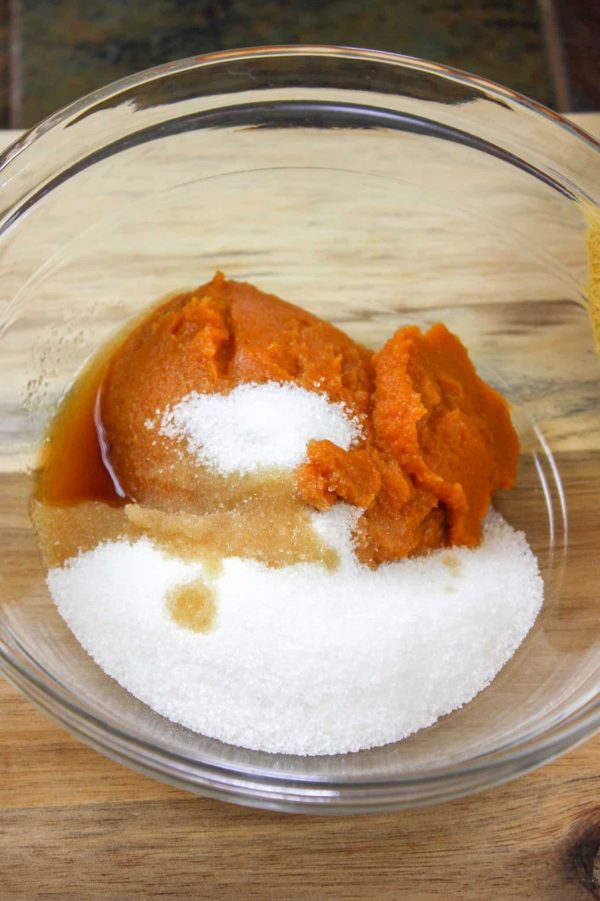 Pour the vanilla extract into the bowl. 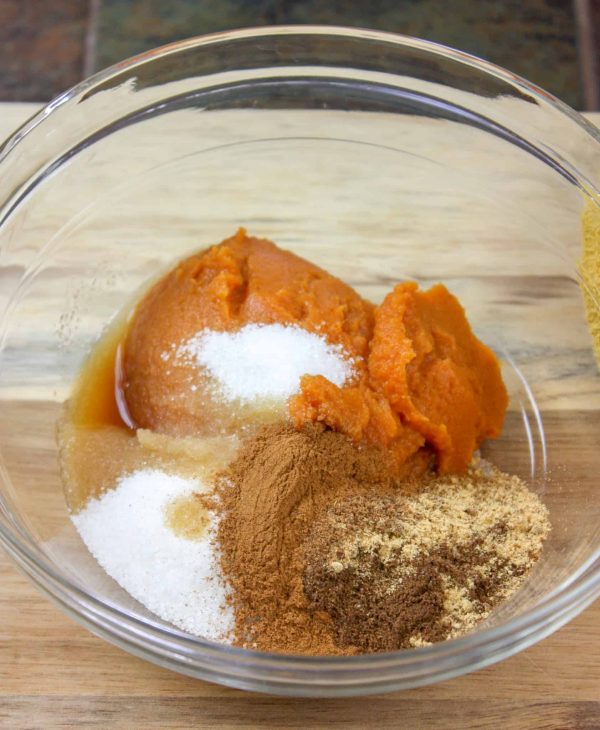 Add the cinnamon, cloves, nutmeg, and ginger to the mixture.

You can use the pumpkin pie spice and it will still be delicious, but I like to add the different spices to this pumpkin puree recipe.

I think the spices bring out a lot more flavor in the dessert. I almost always opt for these individual spices in fall desserts.

Mix everything together with a fork and set aside. 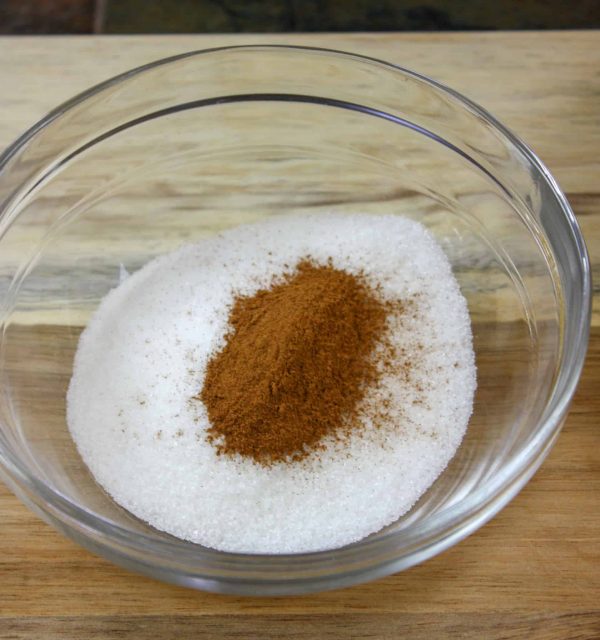 Now, add the remainder of the cinnamon and sugar to a small bowl. Mix and set aside. 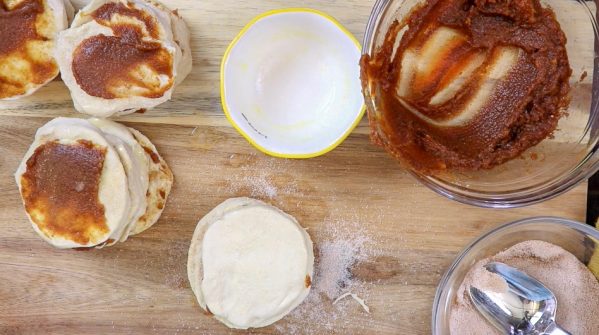 Grab your can of biscuits. Split each biscuit in half, for a total of 16 biscuits.

Butter each side, with melted butter, and spread a little bit of pumpkin puree mixture on top.

Sprinkle with the cinnamon-sugar mixture, stack, and create four piles of four biscuits and puree mix. 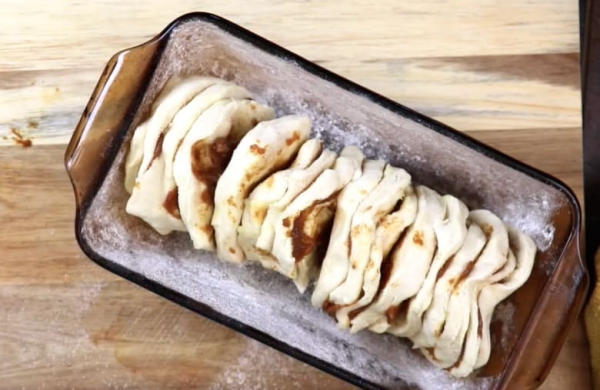 Add your biscuits to a greased and floured bread pan and bake for approximately 45-minutes.

If the top is starting to get a little too brown, put some tinfoil over the top and let it bake the remainder of the time. 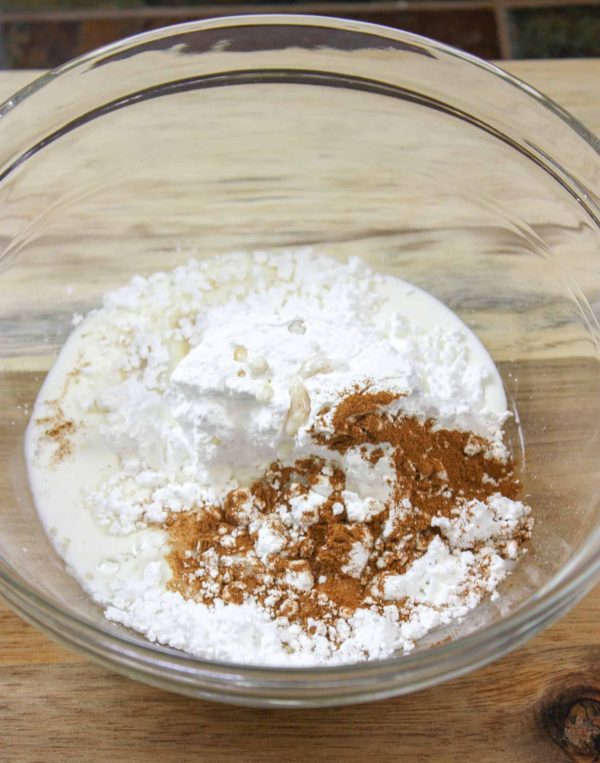 Add the powdered sugar, vanilla, cinnamon, and cream to a small bowl. Mix everything together until it’s well blended.

If you’d like it thicker, add more powdered sugar. To make it thinner, add a teaspoon of cream at a time. It can get runny pretty fast, so start small. 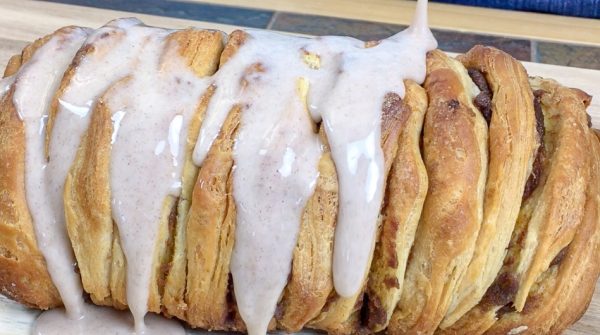 Once the pull apart bread bakes, let it cool for about 10 minutes. You can either leave it in the pan or take the bread out to add the icing.

Pour the icing over the top until it’s covered.

You can also reserve a little of the icing and pour it over the individual pieces, as well. Serve and enjoy! 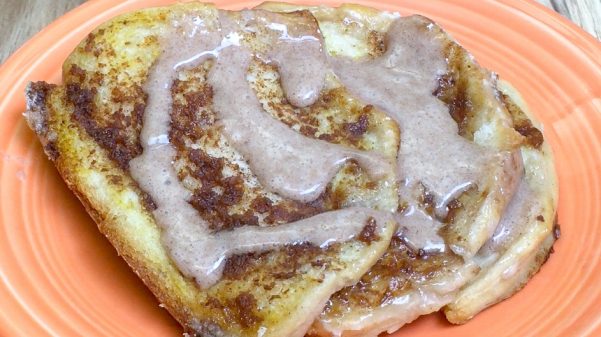 Check out the easy Pull Apart Pumpkin Spice Bread with Cinnamon Icing recipe card below, grab those ingredients, and start baking! This is a great fall dessert and I think you’ll really love it.

Looking for more delicious recipe, check out these other sites.

You can use it to make tea. This is 1 of the popular organic treatment for heartburn.

Hi Rosalie! Are you talking about one of the spices?

Congratulations! Your post was my feature pick at #ThursdayFavoriteThings this week. Visit me at https://www.marilynstreats.com on thursday morning to see your feature! All hosts choose their own features from the comments left on their blog so be sure to return to my blog to see your feature. I invite you to leave more links to be shared and commented upon. Please don’t forget to add your link numbers or post title so we can be sure to visit!

Hi Marilyn, That's so exciting! Thank you so much. I was just over there visiting and loved the surprise.

Have a good day!

What a great idea for this recipe, it looks delicious! Thanks so much for sharing with us at Full Plate Thursday, your post is awesome. Hope you are having a great week and come back to see us soon! Miz Helen

Comments are closed.
Skip to Recipe