Homemade Cinnamon Rolls with Buttermilk and a powdered sugar icing are a cinch to make and a treat to eat. Chances are, you already have all of the ingredients in the house. These are the best cinnamon rolls that don’t require yeast and are budget-friendly. 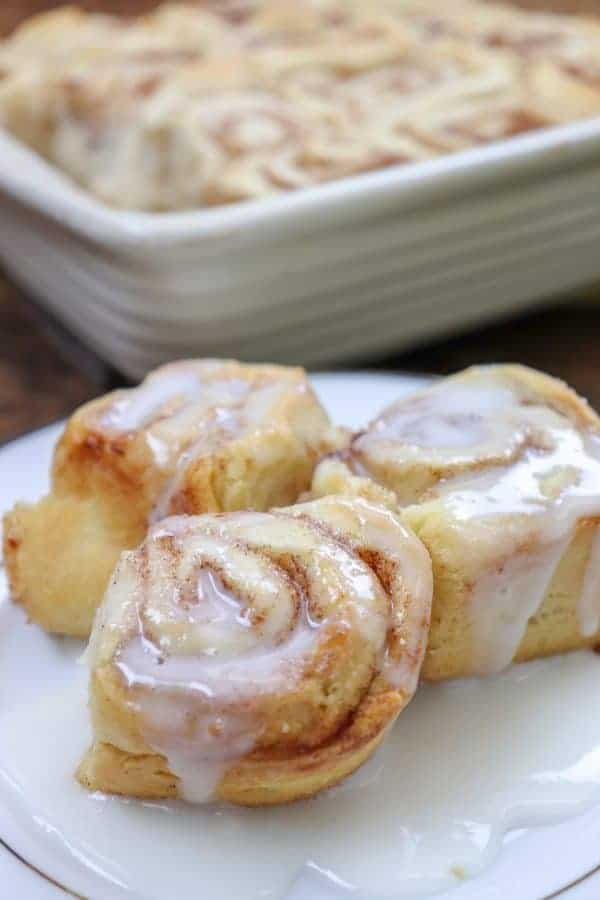 I love this recipe. It’s so easy to make. I don’t always do well with recipes where there’s kneading involved, but these cinnamon rolls turned out great.

Once the cinnamon rolls baked, I gave some to my husband and he was quickly asking for more. They’re delish.

Buttermilk adds a nice flavor to the cinnamon rolls from scratch. It’s a great addition to the ingredients.

How do you make homemade cinnamon rolls

Recipe and printable instructions listed below. 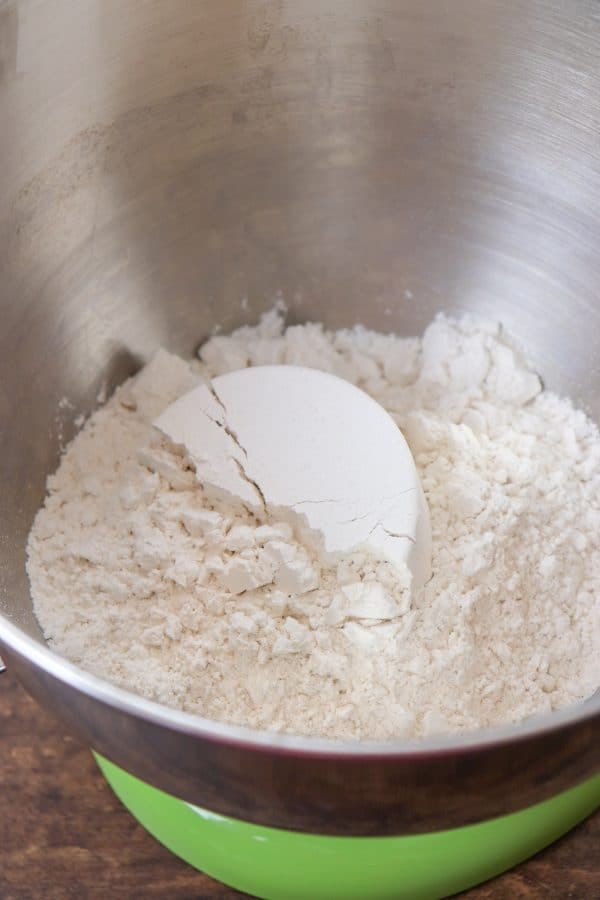 Add the flour to a large bowl.  I used my Kitchenaid mixer, which made things easy. But, you can also do this by hand. 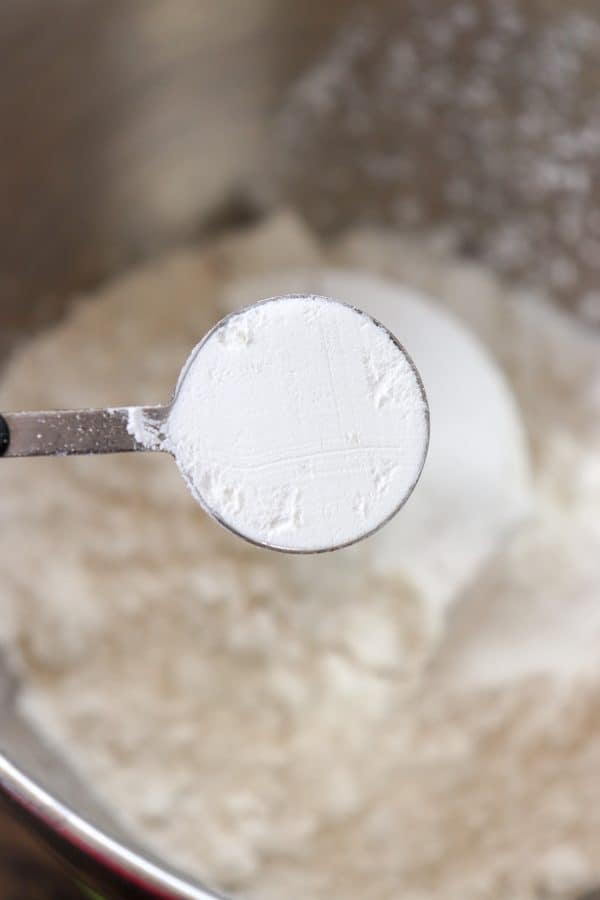 Add the baking powder to the bowl of flour. 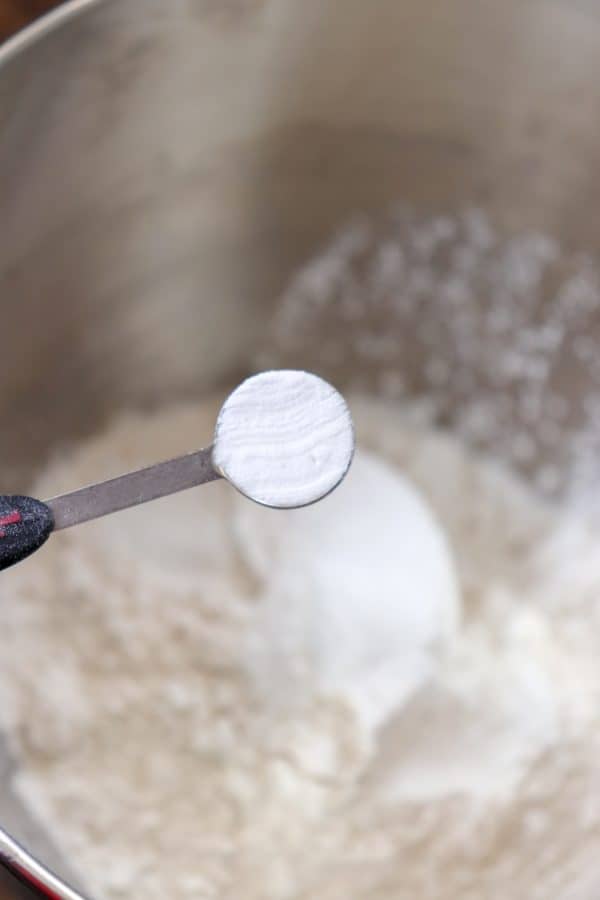 Next, add the baking soda and salt to the bowl. 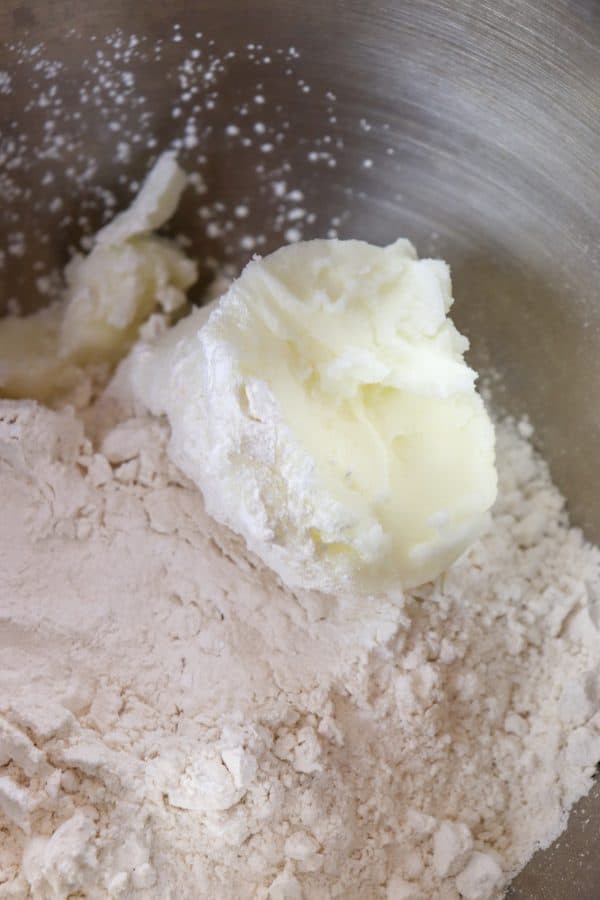 Scrape the shortening into the bowl with the other ingredients. These are very similar to biscuits. They have that down-home flavor that you’re gonna love. 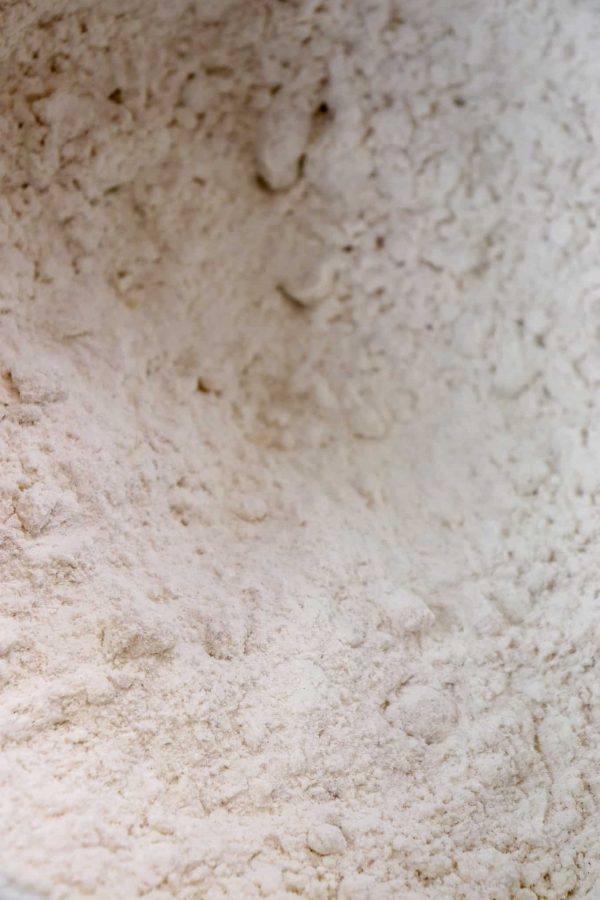 Mix the shortening into the flour mixture. Mix it in until it resembles crumbs. 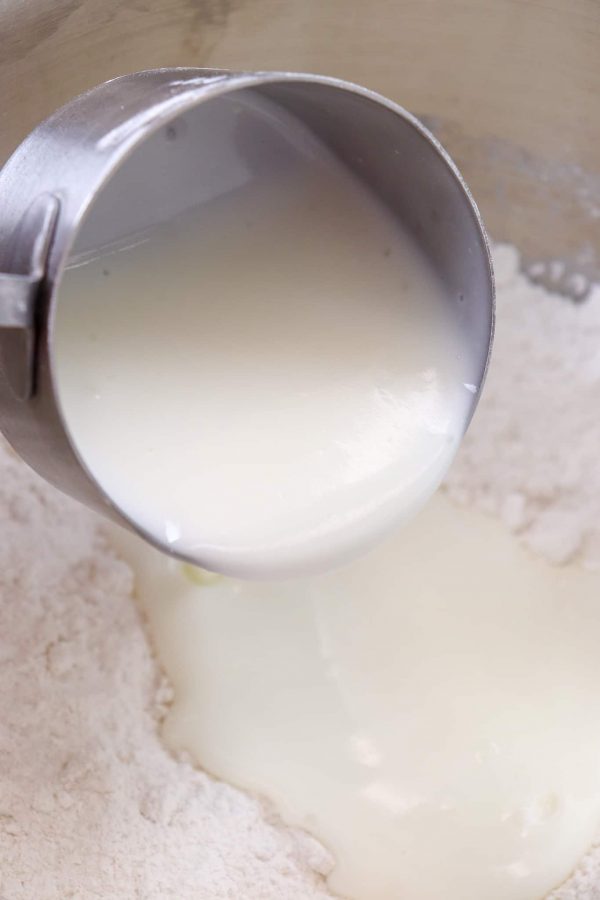 Pour the buttermilk into the flour mixture and mix together. 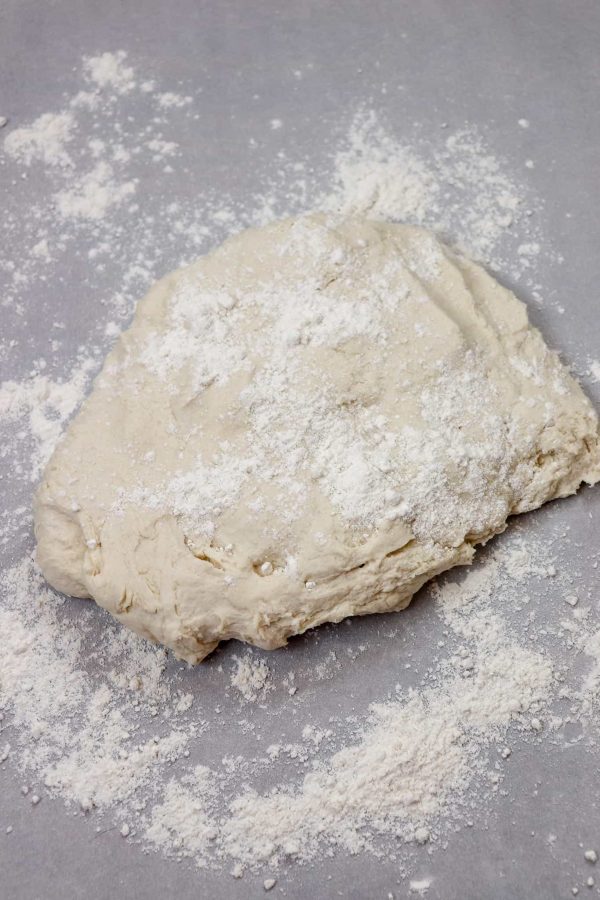 Once you get everything mixed together, scatter a little flour on the counter and knead the dough for a few minutes. If the dough is too sticky, add about a teaspoon of flour until it isn’t sticky anymore. 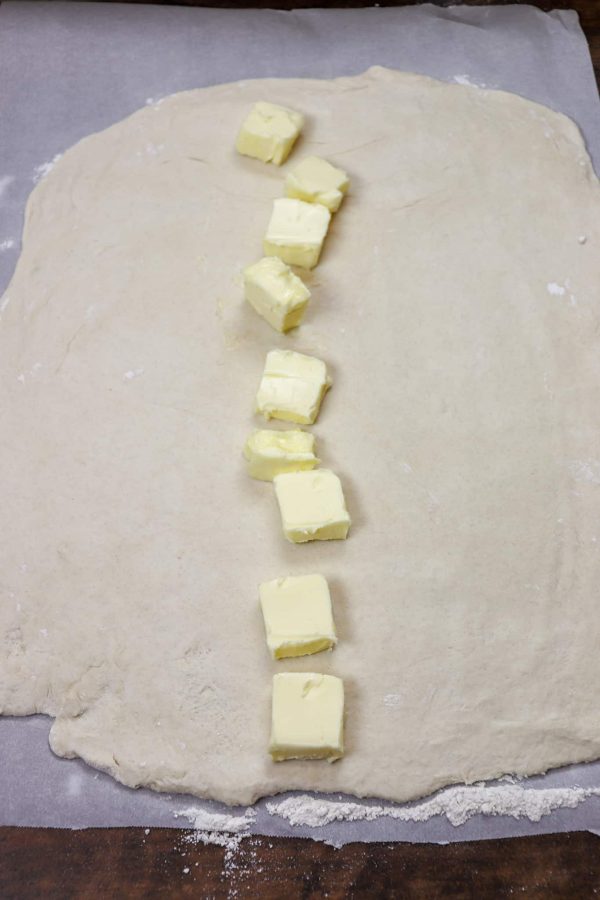 Roll the dough out until it’s about 1/4-inch thick. Spread the softened butter all over the dough. 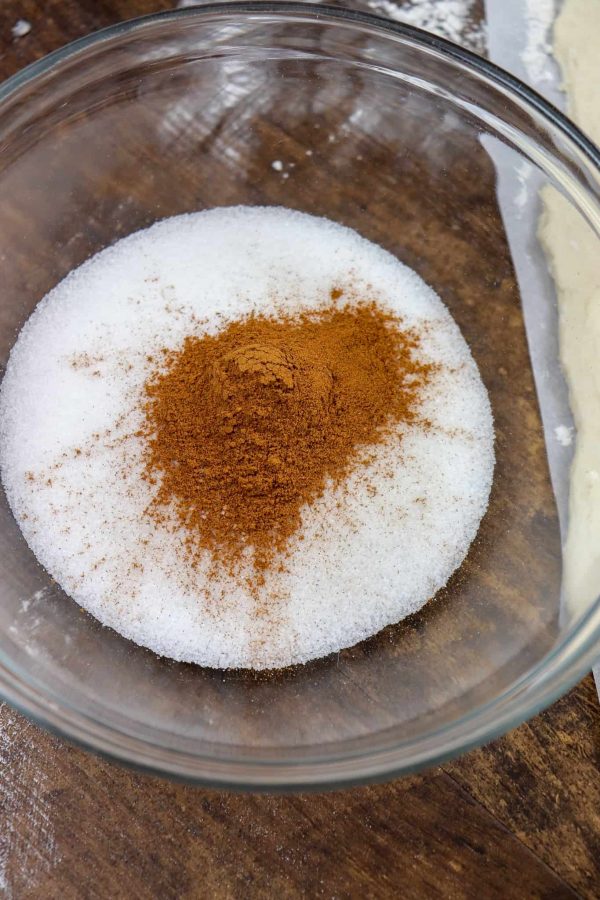 Mix some sugar and cinnamon together in a bowl. I love cinnamon and sugar. It’s great on buttered toast or crackers. It’s an easy and delicious treat. 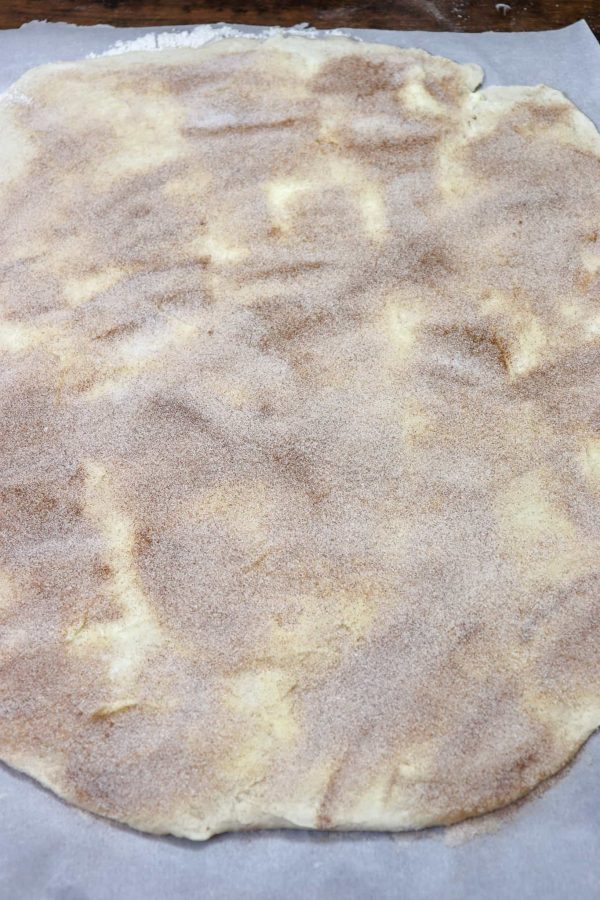 Sprinkle the cinnamon sugar mixture all over the dough. 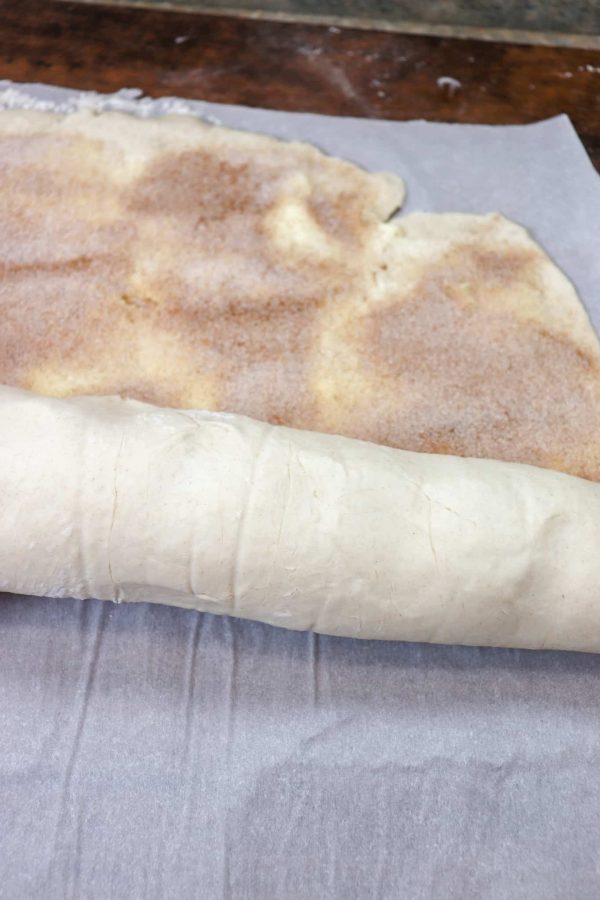 Roll the dough up all the way. Slice the rolls about 2-inches thick. 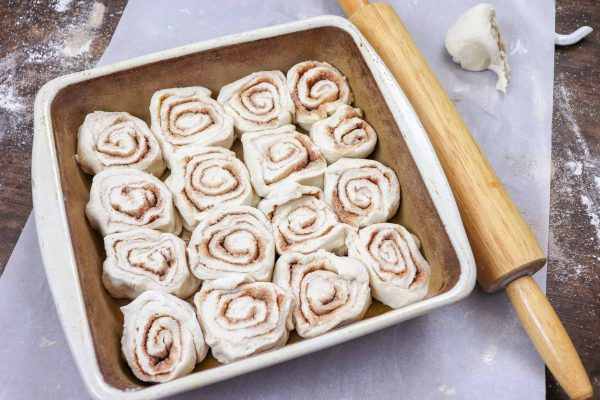 Place the cinnamon rolls into a greased casserole baking dish. 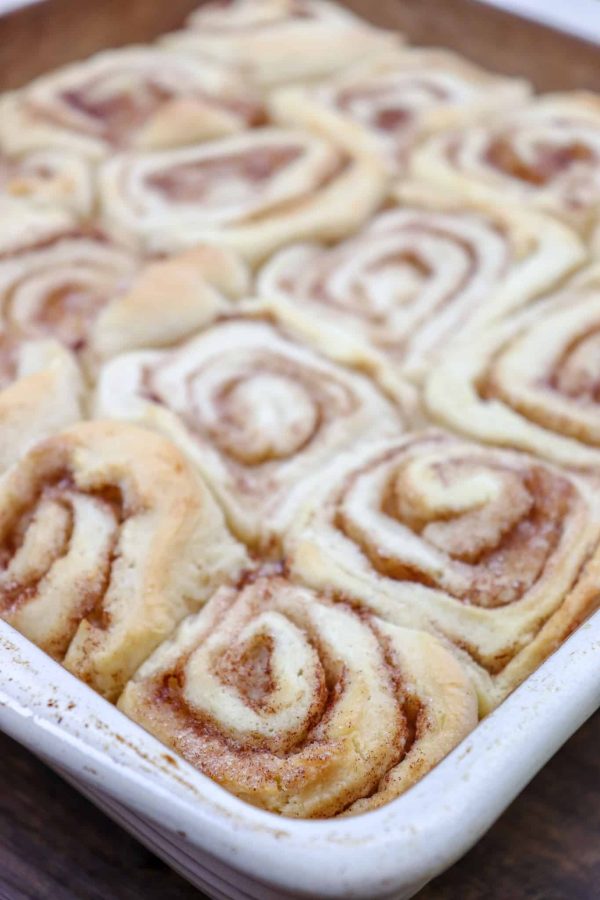 Bake for about 30-minutes, or until the dough is baked through. You can check by placing your knife down in between the cinnamon rolls toward the middle of the dish. If they are still doughy, they need to bake a little longer. 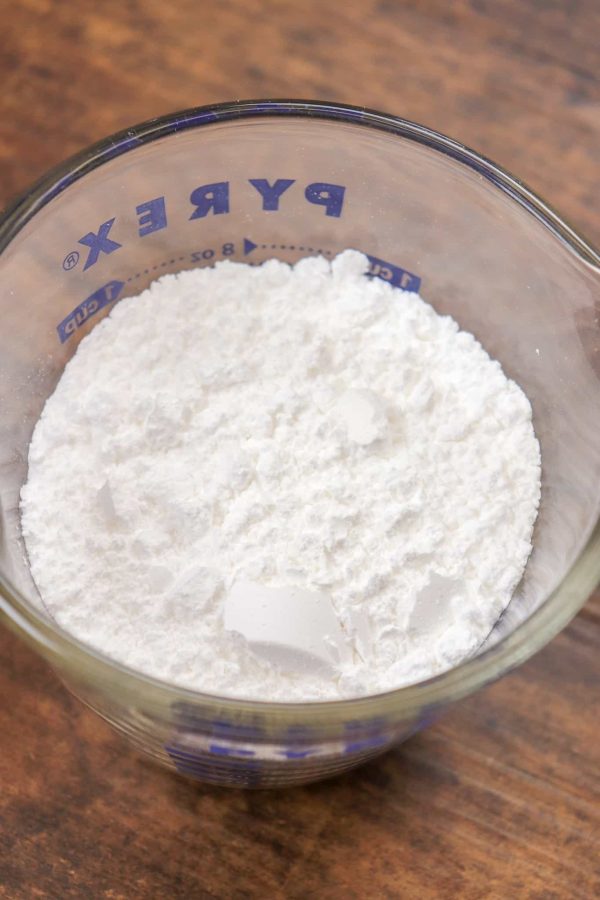 Add the powdered sugar to a bowl or mixing cup. 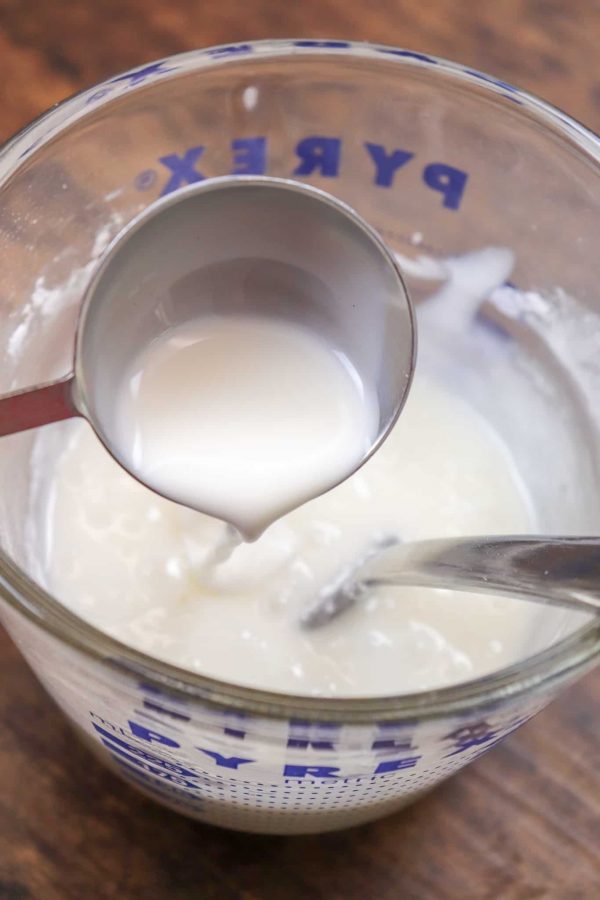 Pour the milk over the powdered sugar and mix together. I like to use half-and-half because it makes it richer. If your icing is too thick, add a small amount of milk or half-and-half until it reaches the desired thickness. Likewise, if you get it too thin, you can add a little more powdered sugar to thicken it up. 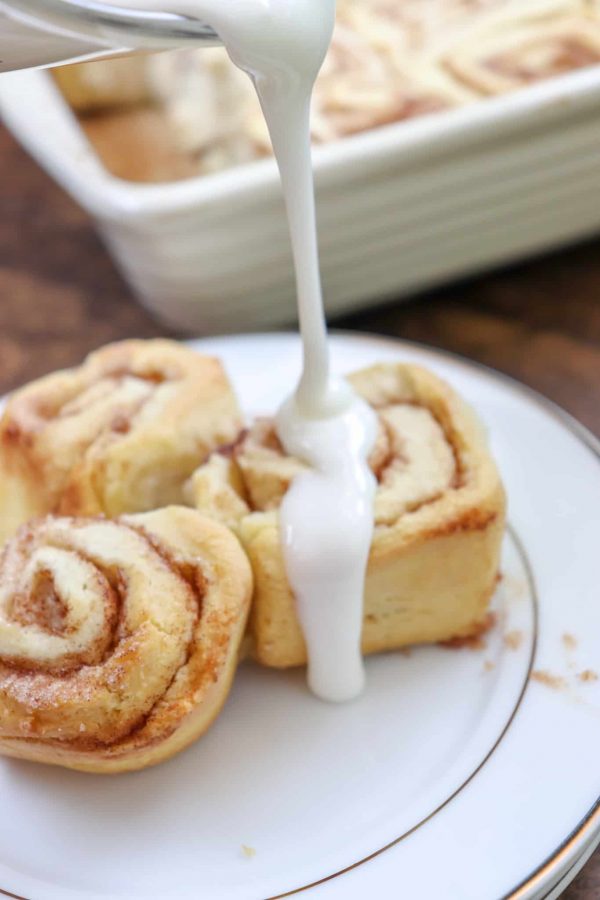 Pour the icing over the cinnamon rolls and you have the perfect dessert. 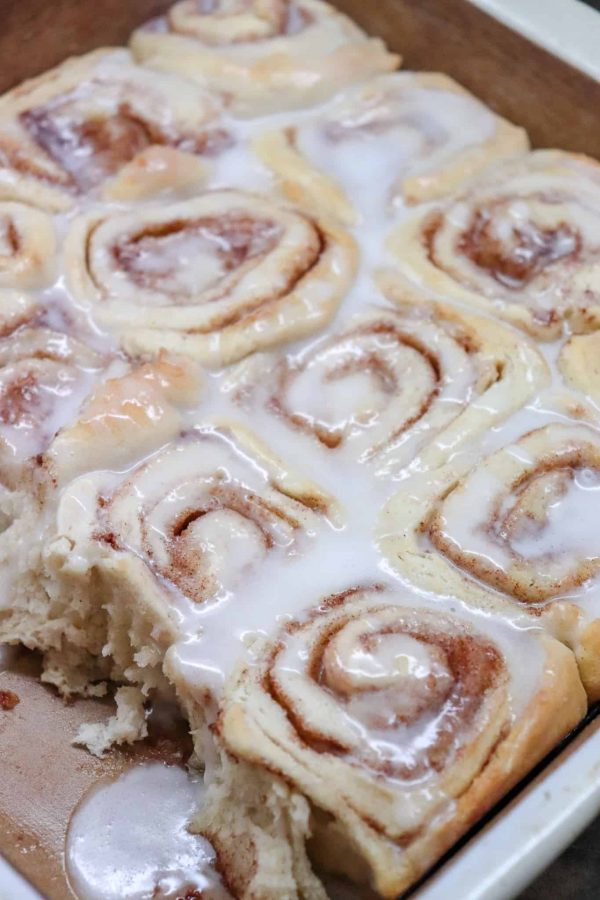 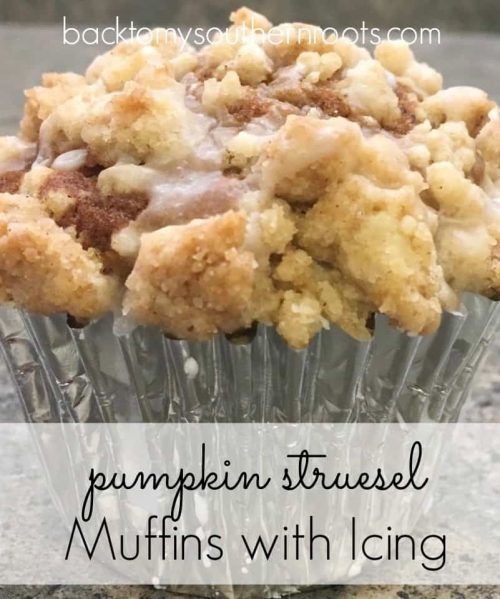 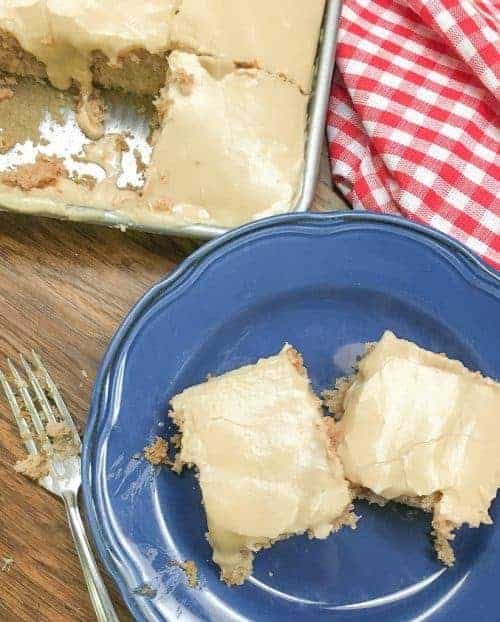 Check out these other great blogs:

Kelly Lynn’s Sweets and Treats and The Country Cook

Hi is there something else I can use instead of shortening

Hi Brendie, you can use butter or coconut oil in place of shortening. It might have a tad bit of a different taste, but still taste great!

Can you substitute the buttermilk?

Hi Mary, you can use milk if you don't like buttermilk. Enjoy!

Soft And Easy Homemade Dinner Rolls - Back To My Southern Roots

[…] can make the rolls the day before, or even make them one month ahead and freeze them. It’s a recipe that will […]

Hello, Is the reason you didn't use eggs is because you used baking soda and baking powder?

This is a recipe that doesn't need eggs to hold it together or help it rise. The other ingredients help do that. :)

Raspberry Jello Salad - Back To My Southern Roots

[…] Homemade cinnamon rolls with buttermilk are the perfect addition to any holiday breakfast. […]