This cheesy slow cooker potato soup recipe is the perfect hearty, easy meal for a family of four or more. You can also turn this into a dinner for two and have leftovers for several days.

The creamy potato soup makes enough for 10 servings and costs less than $15. 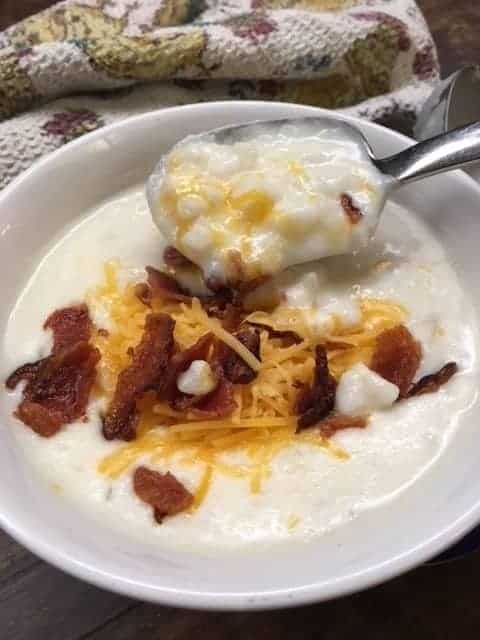 Easy potato soup is one of my all-time favorite soups and this recipe is so simple to make and takes less than five minutes to get into the Crock Pot.

What do I need for the easy potato soup recipe?

How do I make the cheesy potato soup?

Hands down, this has to be the best potato soup I have ever eaten. In fact, my son told me that it tasted just like Panera Bread’s potato soup.

This slow cooker soup is such an easy recipe. It takes about 5 minutes to throw in the slow cooker, and a few hours to cook. It will feed up to 10 people and costs less than $15 to buy the ingredients.

I made a pot today for my younger son who came home sick from school the other day. It’s a comforting treat when you’re not feeling well and on a cold day!

Recipe and printable instructions at the bottom of the post 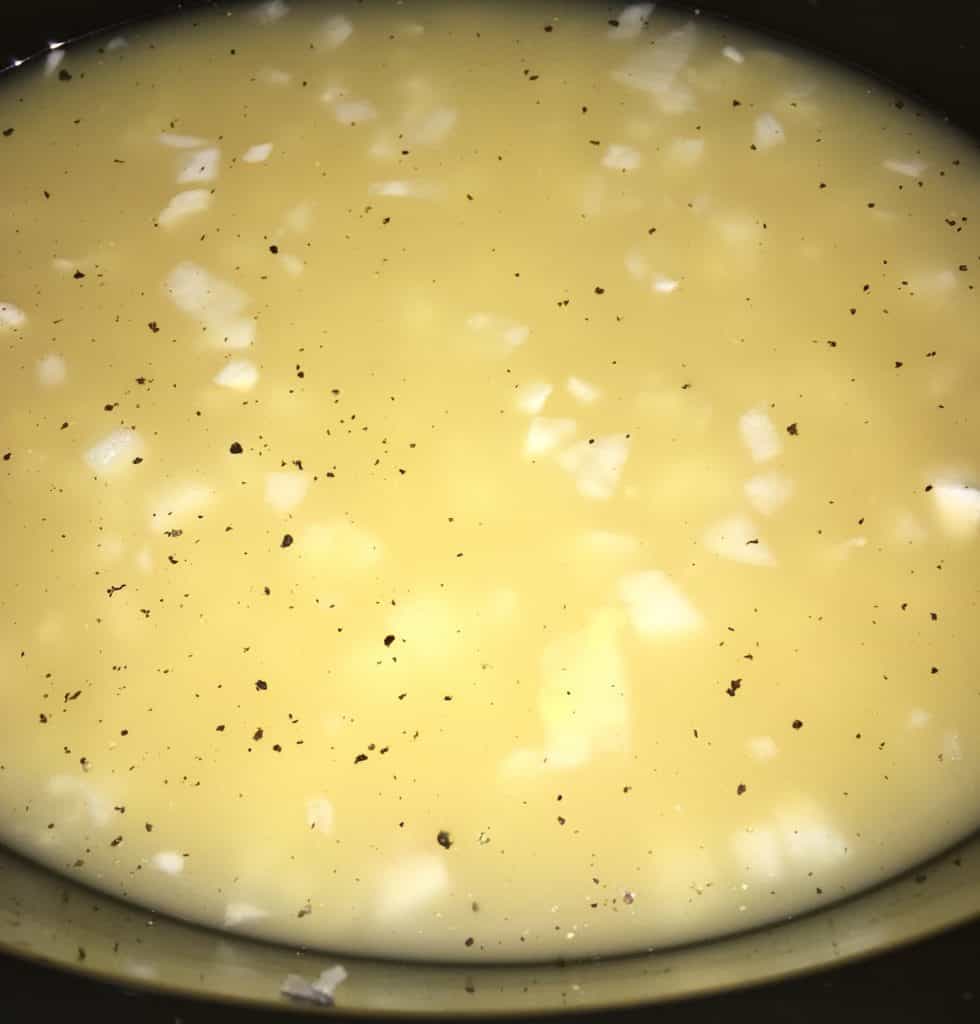 Add the frozen potatoes, chicken broth, onion, cream of chicken soup, salt, and pepper into the slow-cooker. Give it a good stir and set the slow-cooker for 5 hours on low. 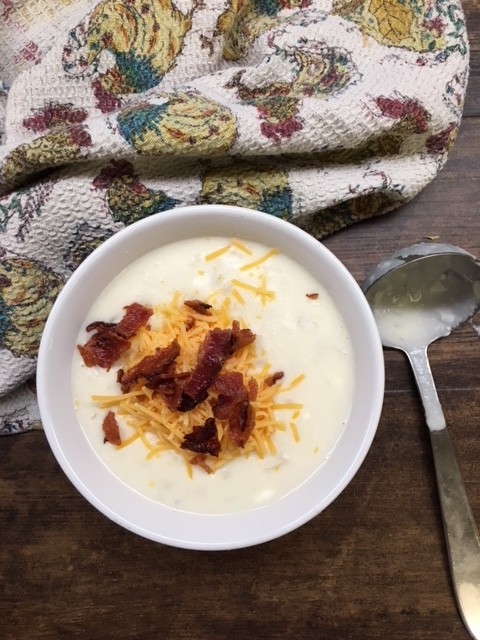 After 5 hours, cut up the cream cheese into small pieces (1-2″ blocks) and add it to the slow cooker. Give it a stir and let it cook for another 1/2 hour. 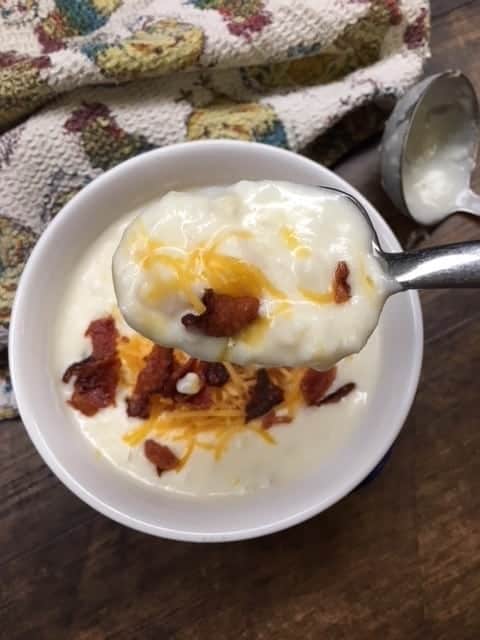 That’s it! It’s ready to serve. I add some shredded cheddar cheese and bacon crumbles to the top. If you don’t have time to make the bacon, just grab a jar of crumbles from the grocery store and throw them on top. I love the creamy, crunchy combination.

I have made this soup for several years and my family loves it. It’s the perfect comfort food.

The cream of potato soup recipe is also a great meal to make for shut-ins, an elderly friend, or a church potluck. The recipe makes enough to divide it up into bowls and freeze for several more meals.

Check out the easy potato soup recipe card below, grab those ingredients, and start cooking! This is a great meal any time of year and I think you’ll really love it.

Then, share your comments below and click here to share a picture of your cheesy slow cooker potato soup on the Pinterest Pin!  If you made any changes or added something different, be sure to share with us so we can try it, too!

You can cut the recipe in half if you'd like less soup.

Check out these other great blogs:

Kelly Lynn’s Sweets and Treats, The Country Cook and South Your Mouth

What to Serve with Potato Soup - Southern Home Express

[…] Cheesy Potato Soup – If you like a lot of cheese, you’ll love this recipe from Back to My Southern Roots. […]

Sorghum Glazed Sweet Potatoes - Back To My Southern Roots

Cheesy Potato Casserole - Back To My Southern Roots

Twice Baked Potato Recipe - Back To My Southern Roots

[…] love potatoes around here. I will eat them pretty much any way I can get […]