Baked Ham with Brown Sugar Glaze is a delicious and easy recipe for any holiday including Easter, Christmas, and Thanksgiving. 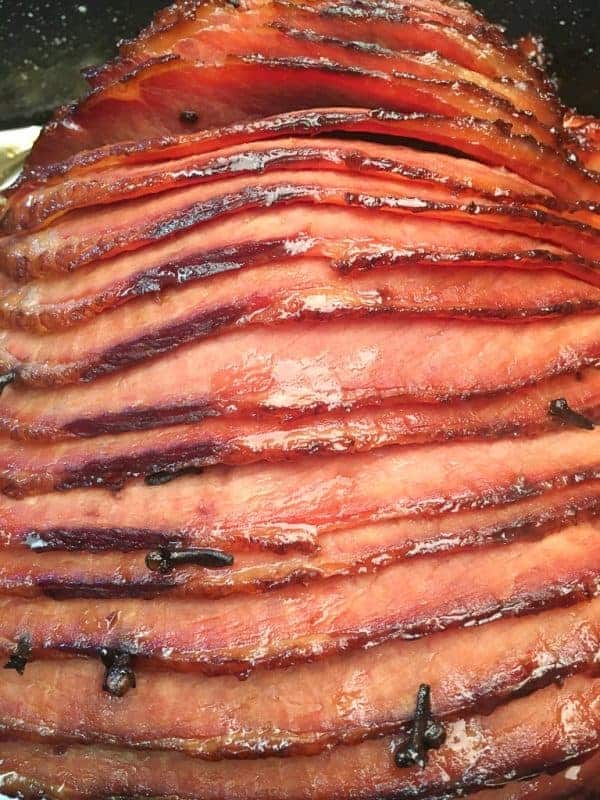 We love ham around here. So, baked ham with brown sugar glaze is the perfect recipe to cook for the holidays.

We always cook a turkey and ham at Thanksgiving and Christmas. But, we usually stick to just ham on Easter.

Now, I love a good country ham. Country ham was often on the table at my grandparent’s house. My grandfather cured the ham and my grandmother cooked it up, and oh man if only I could eat a piece of it now.

Today, I’m sharing a recipe for more of a city ham. It’s pre-cooked and pre-sliced, which is a wonderful thing. It’s easy to heat up, glaze, and dish up at the table.

If you happen to buy a ham that is not pre-sliced, that’s fine. Just grab a big knife and cut along the ham creating diamond shapes. The juices will settle into those places and cook up nicely.

What Do I Need for the Baked Ham and Brown Sugar Glaze?

(Full recipe and printable instructions at the bottom of the post)

I am a big believer in using what you’ve got in the kitchen. I love to buy new things, but there’s nothing wrong with an old pot, so for this recipe, I used a large metal turkey roasting pan.

It’s one of those old oval roasting pans that your grandmother probably used. I think I got it at a garage sale and it works great for this recipe.

Start by preheating the oven to 325-degrees and line the bottom of the pan with tin foil. It just makes clean up a little easier.

Prepping and reheating the Ham 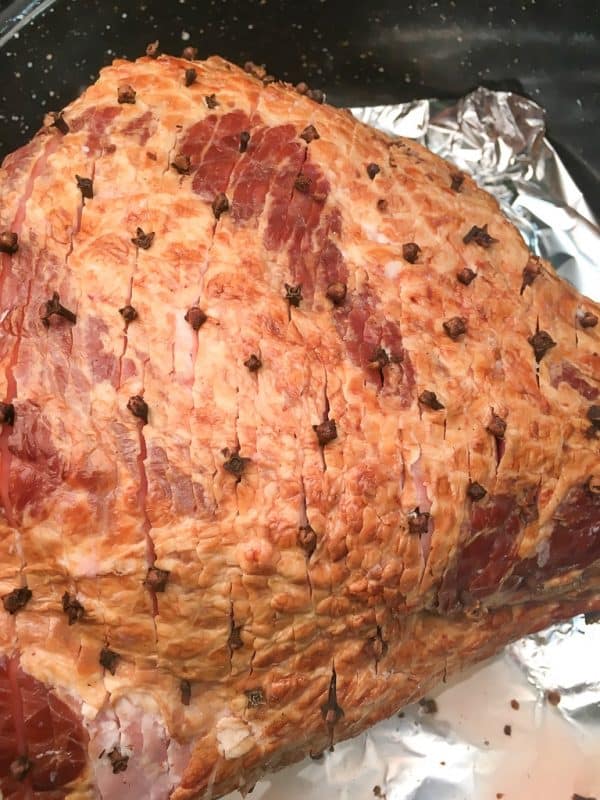 Place cloves around the ham. They will slip and slide once it starts cooking, but they will add some great flavor. You can place the cloves into the sliced grooves.

I bought a small container of cloves because you really don’t need that many. 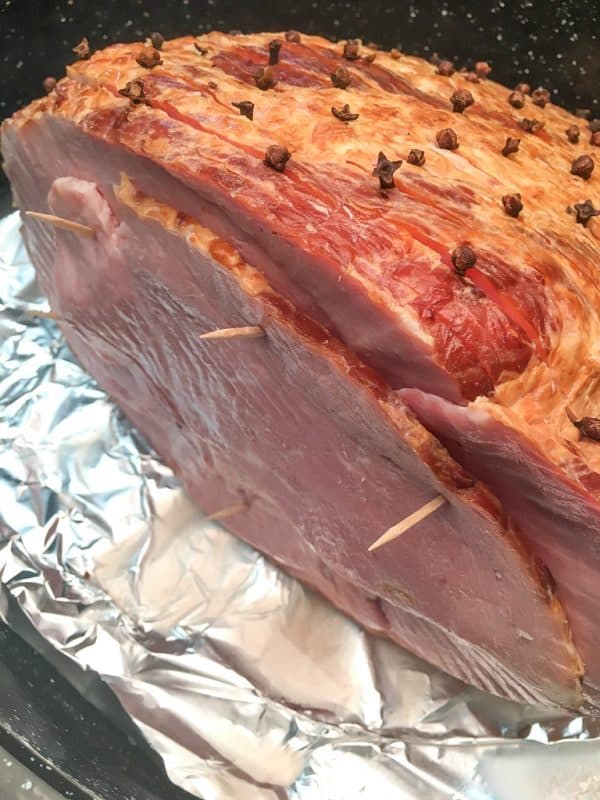 I place the ham on the side because it’s easier to get the glaze to run down into the slices. 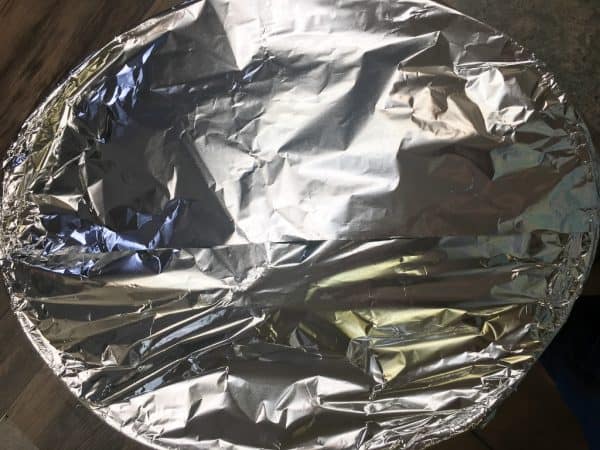 Cover the pan with tin foil and place it in the preheated oven.

Bake the ham 10 minutes for every pound. Mine was about 10 pounds, so I set my timer for about 1-1/2 hours before I started adding the glaze.

When the ham has about 20 minutes left to cook, start your glaze. 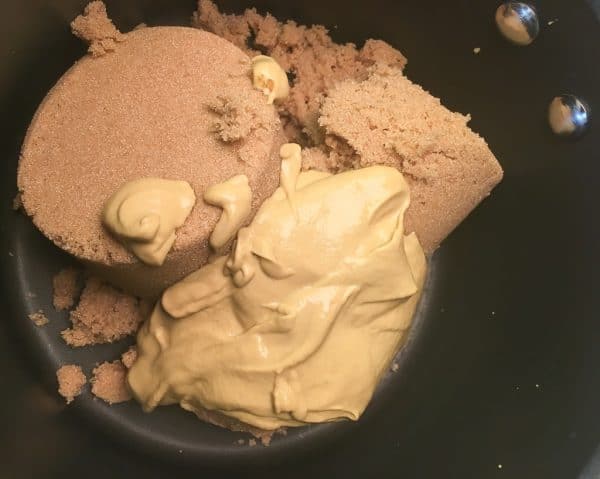 In a medium-sized saucepan add brown sugar and dijon mustard. 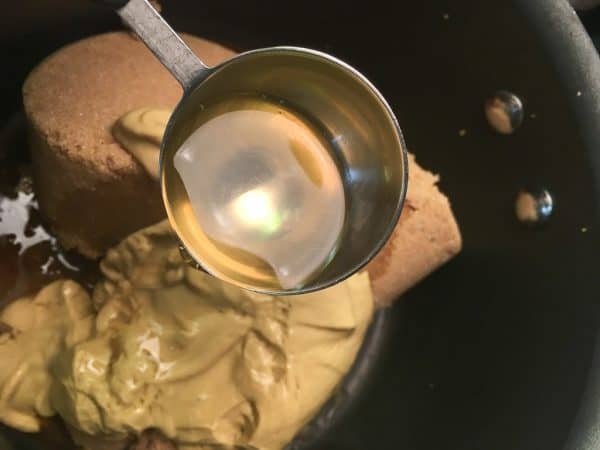 Next, add the apple cider vinegar. 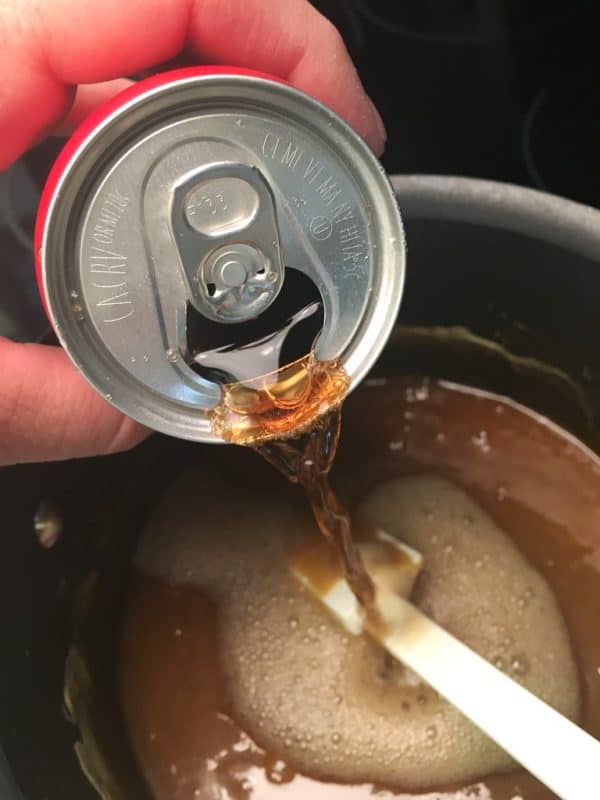 Finally, add Coke. We don’t drink soda around here, but my son had a school project and needed a few tabs off some soda cans, so we bought a small 6-pack of Coca-Cola. The can is 7.5-oz. but worked perfectly. If you have a larger can, you can use that, as well.

Give it all a good stir. 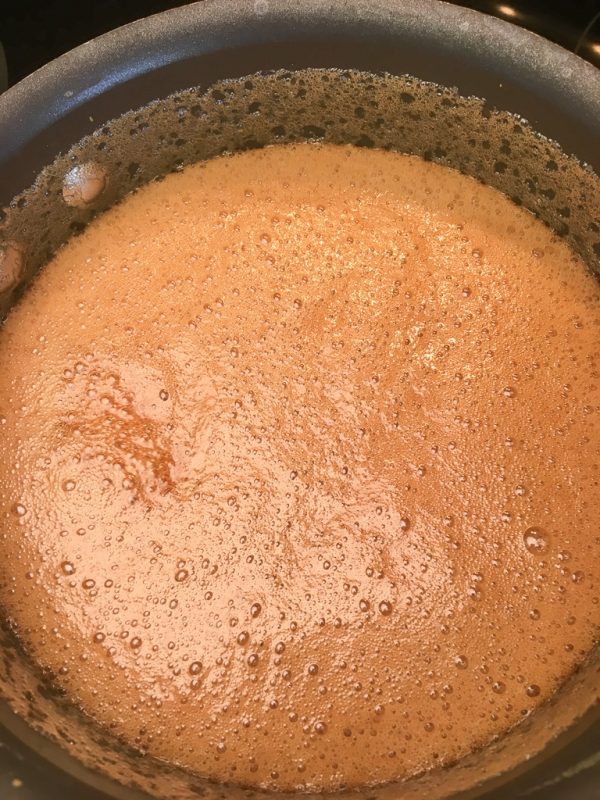 Bring the brown sugar glaze to a boil. Once it boils, turn the burner down to a simmer and let it thicken a little. It’s not going to thicken a lot, but it will a little.

Stir it on occasion while it thickens. 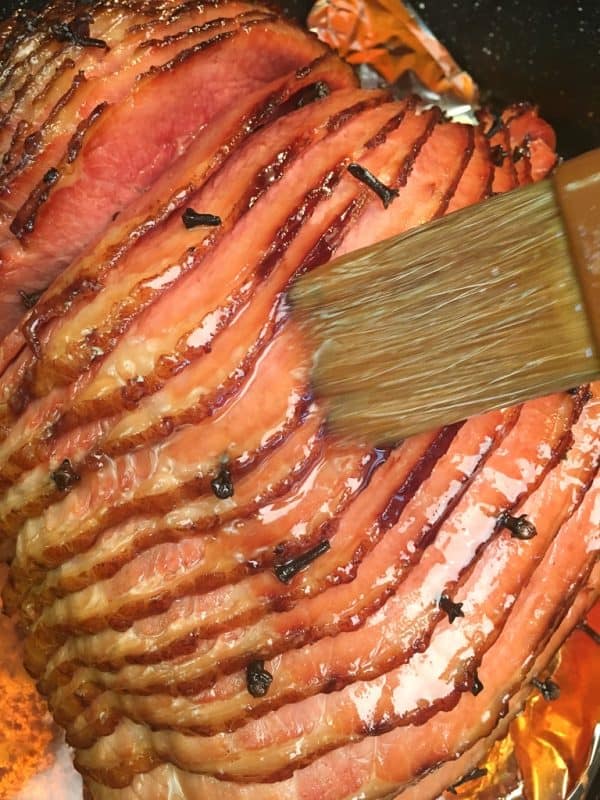 After about 10-15 minutes, pull the ham out of the oven and brush the glaze all over the ham.

You can take a fork and gently lift the slices and let the glaze drizzle down into the crevices of the ham.

Cover the ham and place it back in the oven for another 10 minutes.

Repeat the steps twice more, so you will be putting the glaze on a total of three times.

After you put the glaze on the third time, put it back in the oven for the last 10 minutes. Remove it from the oven and let it sit for about 15 minutes before serving.

Is this ham cured or uncured?

The ham I bought for this recipe is cured. Most hams that are sold in the grocery store are cured hams that just require reheating before serving.

What is Uncured Ham?

Many of the hams that are sold in the grocery store are cured with smoke or flavorings. Cured ham comes from the rear leg of the pig and is usually smoked, rubbed with a salt cure, or wet brine.

Internal Temperature of the Ham

The internal temperature of the ham should reach 140-degrees and the best way to find the temp is by using a digital thermometer.

Stick the digital thermometer in the thickest part of the ham, but be sure not to allow it to touch any bone or any part of the pan, or you will get an incorrect reading.

Once the temperature reaches 140-degrees, you can take the ham out of the oven and let it rest for about 15-minutes before serving.

Check out the baked ham with brown sugar glaze recipe card below, grab those ingredients, and start cooking.

Looking for holiday side dishes? 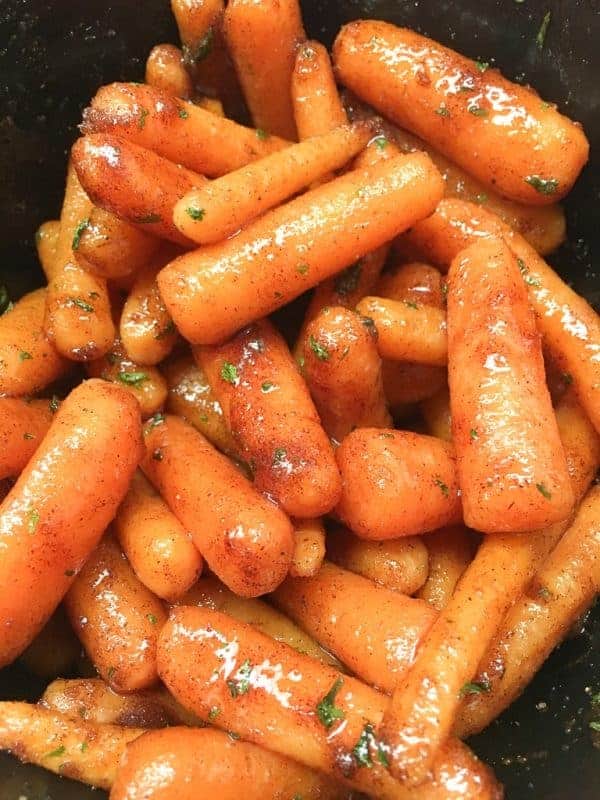 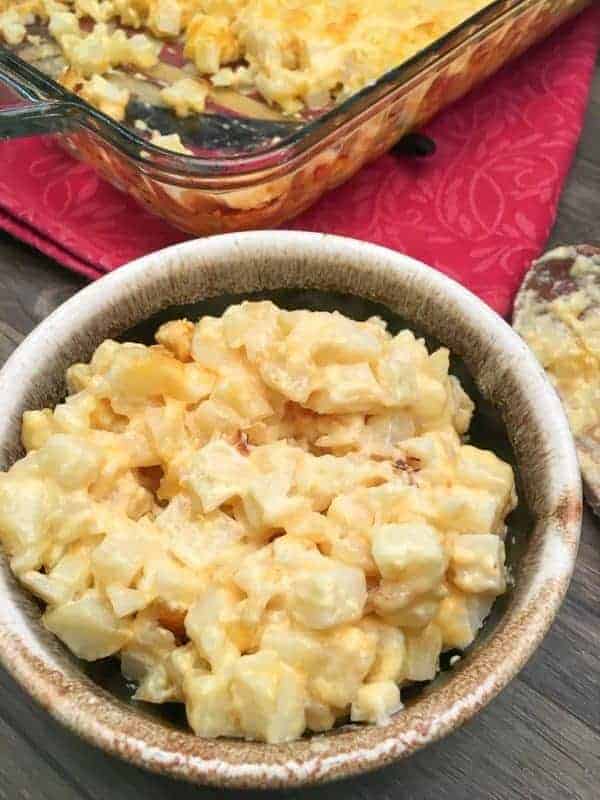 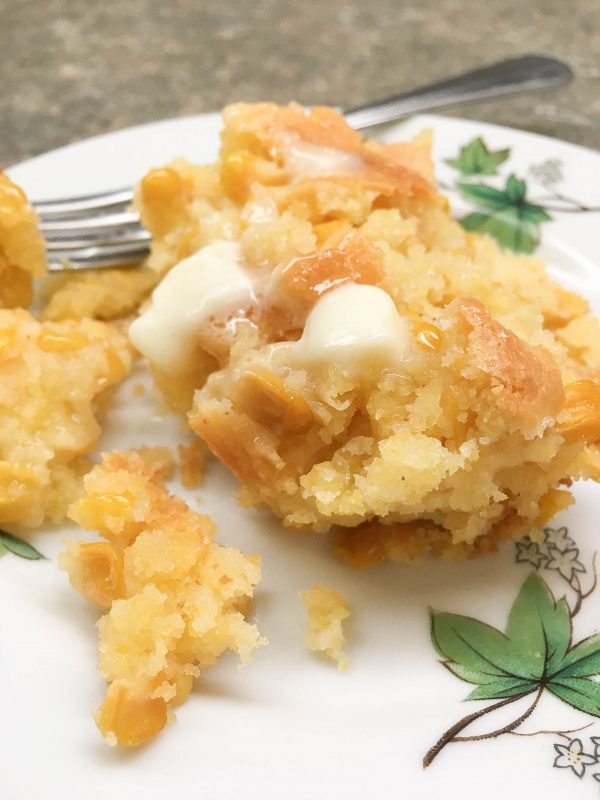 Check out more delicious recipes at: 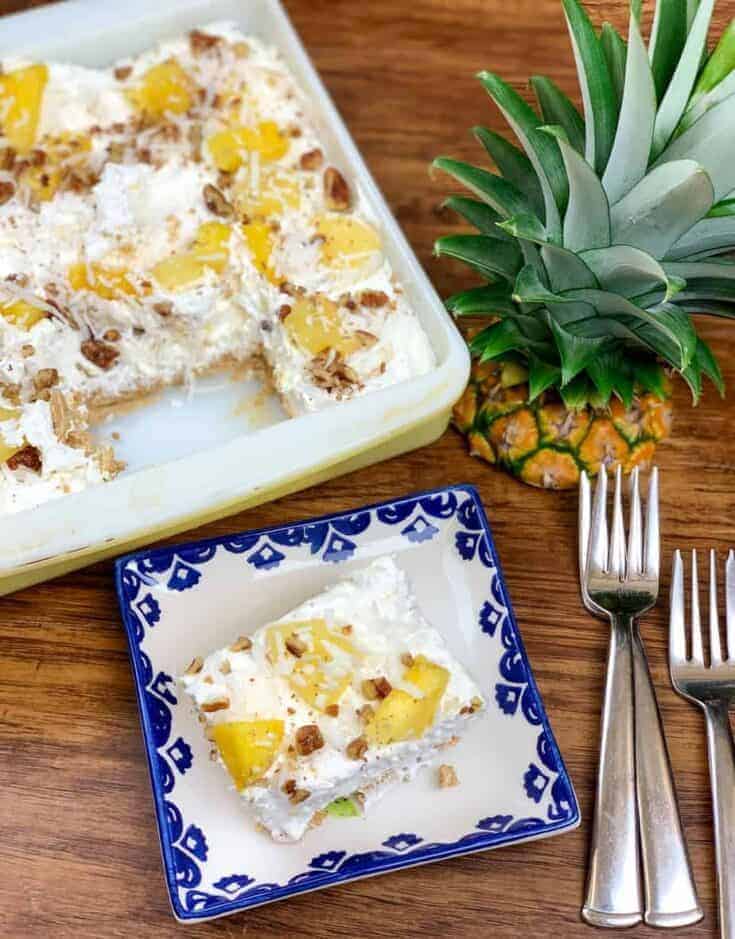 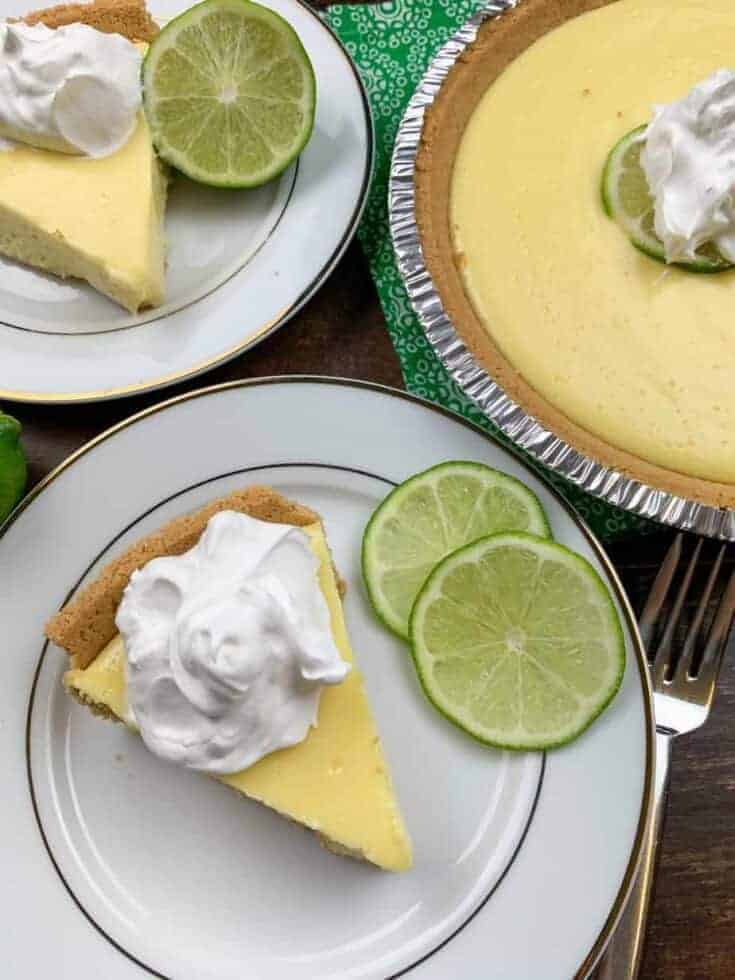 Broccoli Cheese Bake - Back To My Southern Roots

Sweet Potato Casserole - Back To My Southern Roots

Slow Cooker Pork Chops and Gravy - Back To My Southern Roots

[…] on how you’re cooking pork, there’s a tried and true way to make sure it’s done. Grab a digital thermometer and […]

Pork Chops in the Air Fryer - Back To My Southern Roots

Your Baked Ham looks so good, I am about ready for a good ham! Thanks so much for sharing with us at Full Plate Thursday,475 your post looks great. Happy St. Patrick's Day and come back to see us soon! Miz Helen

Hi Miz Helen! Thank you so much!!