Creamy beef and noodles with stew meat is a great stovetop recipe that is hearty, flavorful, and filling for the entire family. This is comfort food at its best. 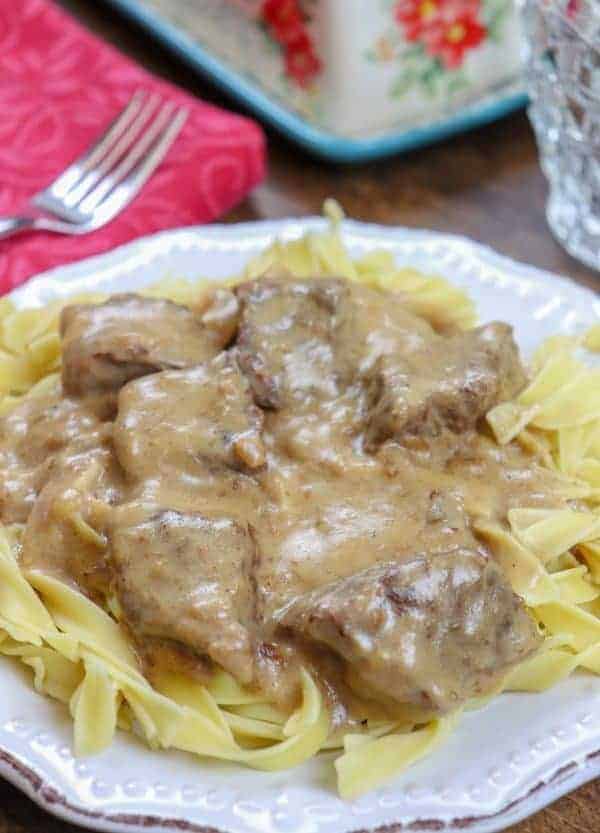 I love the way this creamy beef and noodles recipe turned out. It has a few more steps than most stovetop meals, but it is still easy to make and super delicious.

This is one of those recipes that you can change a little and add more of what you like or switch things out here and there. The recipe starts out with a basic creamy gravy that tops the egg noodles for a hearty and very flavorful meal.

How Do I Make Beef and Noodles?

Start off by adding flour, salt, and pepper to a large bowl. Mix it together because you’ll be coating your meat with this flour mixture. 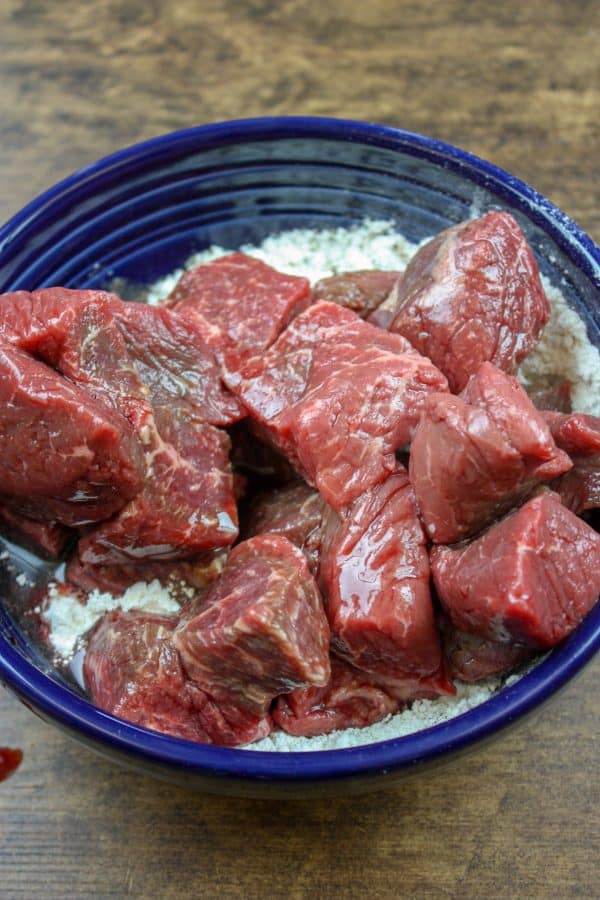 Then, add the stew meat to the bowl and flip it around until it is covered with flour. This will put a touch of a crust on the meat when you cook it in the frying pan. It adds a little coating and some flavor with the salt and pepper.

I bought the stew meat already cut up from the market; however, if they don’t cut up the meat, you can cut it into 1-inch pieces. 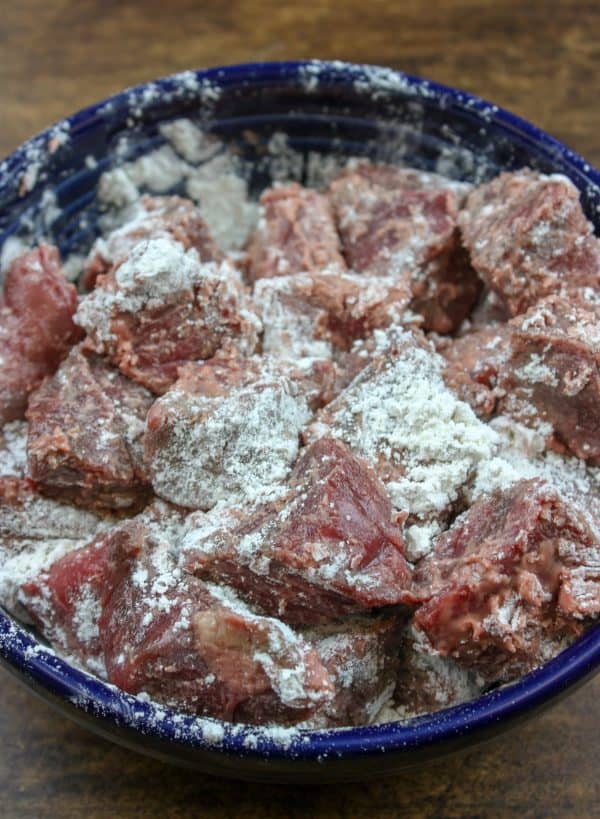 Stew meat covered in flour. Give it all a good coating and set aside for a few minutes. Meanwhile, you can get the skillet heated up and ready for the next step. 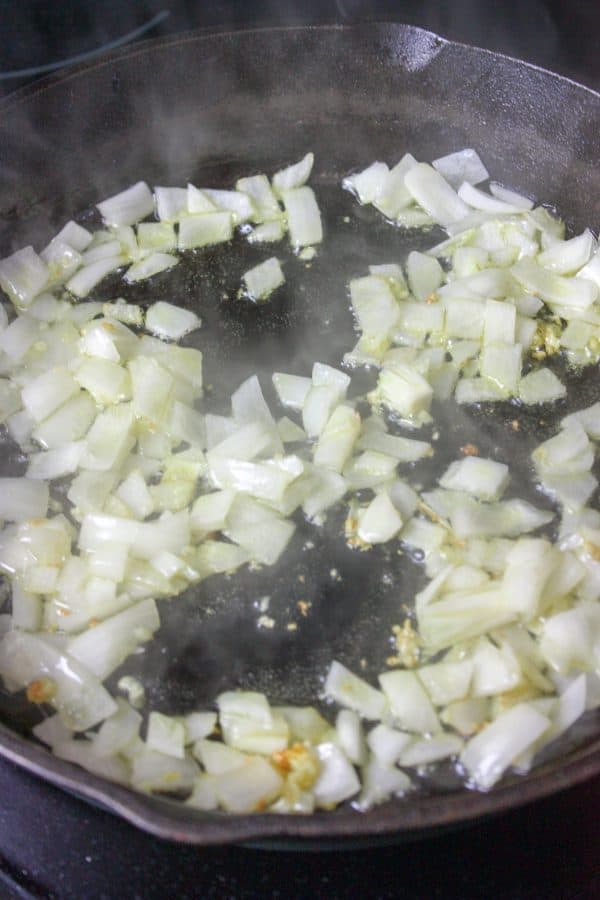 Heat up a skillet on medium heat. Pour the olive oil into the skillet and then add the minced garlic and the onions. Let them cook for a few minutes until the onions are somewhat transparent.

I love the taste of garlic after it has been browned in a skillet. It will really enrich the creamy beef and noodles recipe. 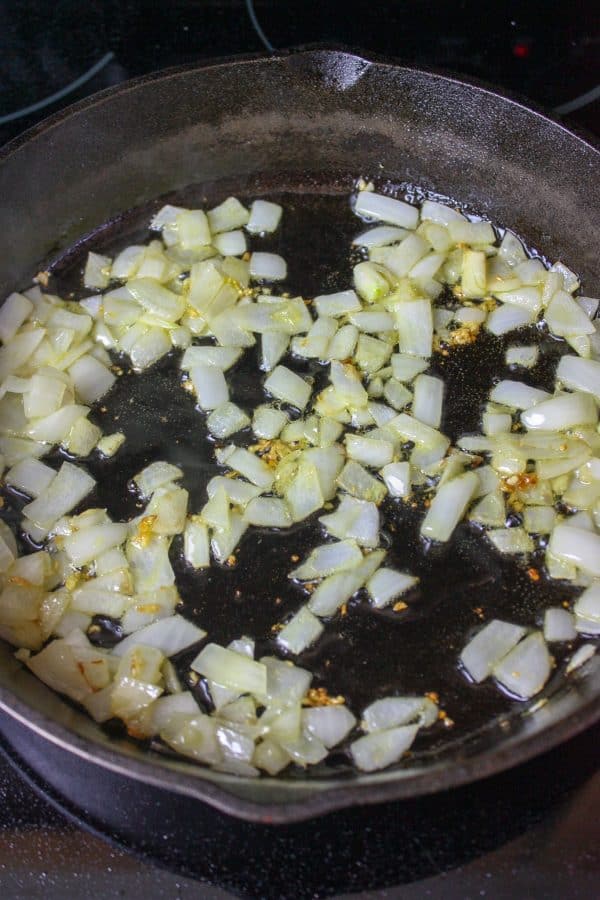 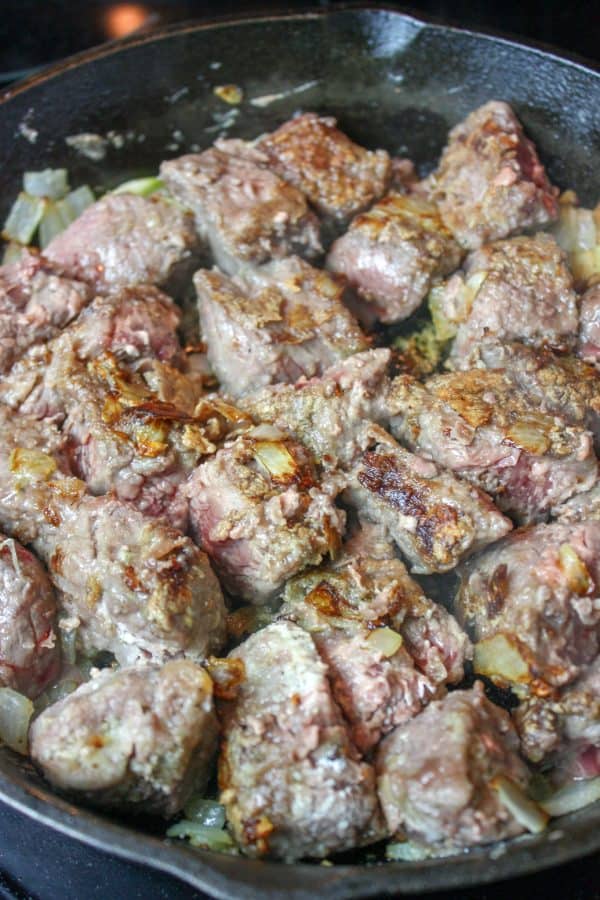 When you’ve cooked the onions and garlic, add the stew meat to the skillet. Cook until the meat is brown. I took some scissor tongs and turned the meat. Tongs are probably a little easier to use, but I like to use what I’ve got and they worked fine to turn the meat. If you don’t have tongs, forks work great, too.

The inside of the meat is not going to be cooked and the meat will still be fairly tough when you go to take it out of the skillet. You’ll be simmering it for a while in the gravy in just a bit, so don’t worry about it being undercooked at this stage.

Remove the meat from the skillet and set on a plate to the side. 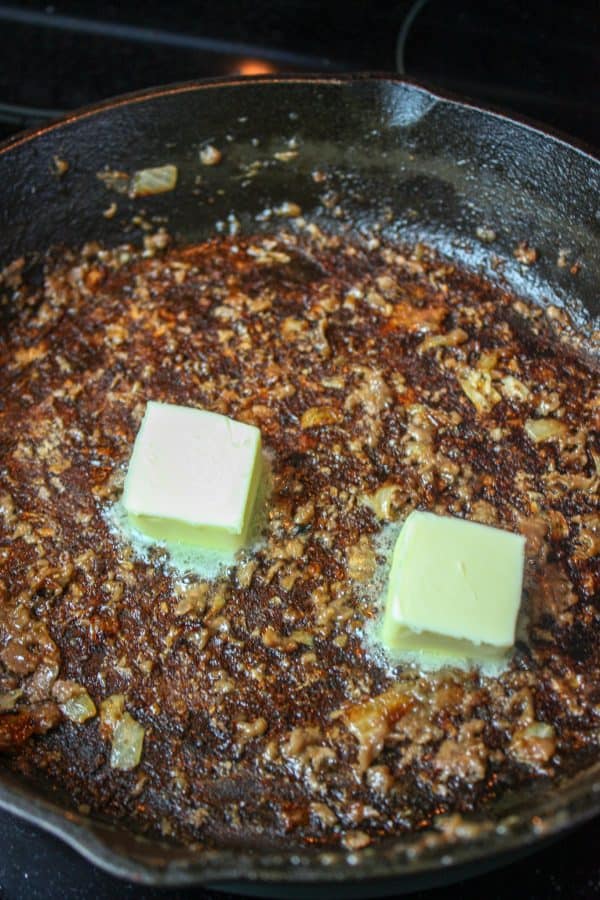 Put butter into the skillet and scrape it around some.

There’s going to be a lot of food stuck to the skillet, and that ok. That is where your flavor is. I am always worried that it’s going to be stuck to the bottom of my skillet forever, but as always with gravy, once you get the butter, flour, and milk in there and scrape it around a little, it will all come off and into the gravy. 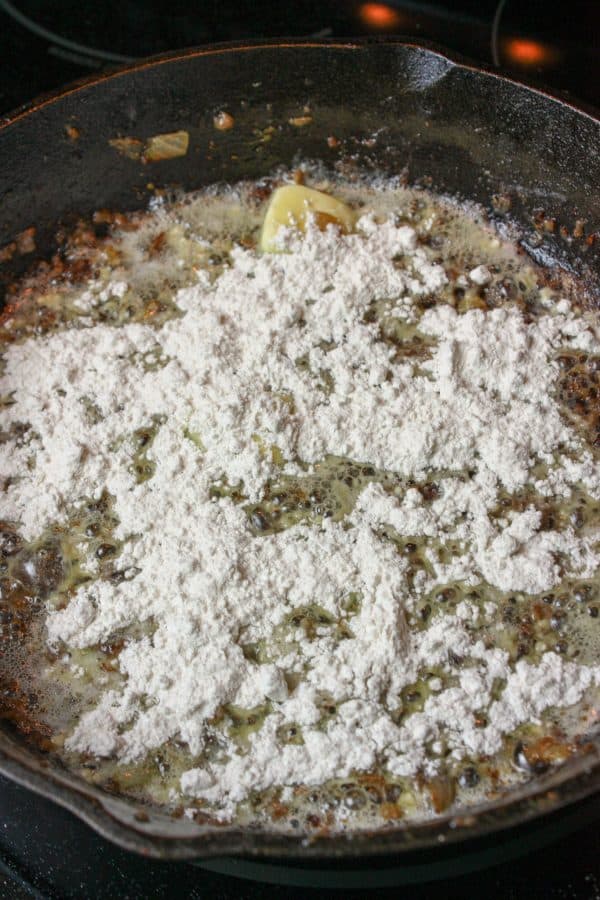 Sprinkle the flour around in the skillet and stir it around some. I always put the flour in before the liquid and stir it. It will be super thick; however, if you add the flour after the liquid, you’ll spend more time trying to get all of the lumps out. It just seems to work better this way. 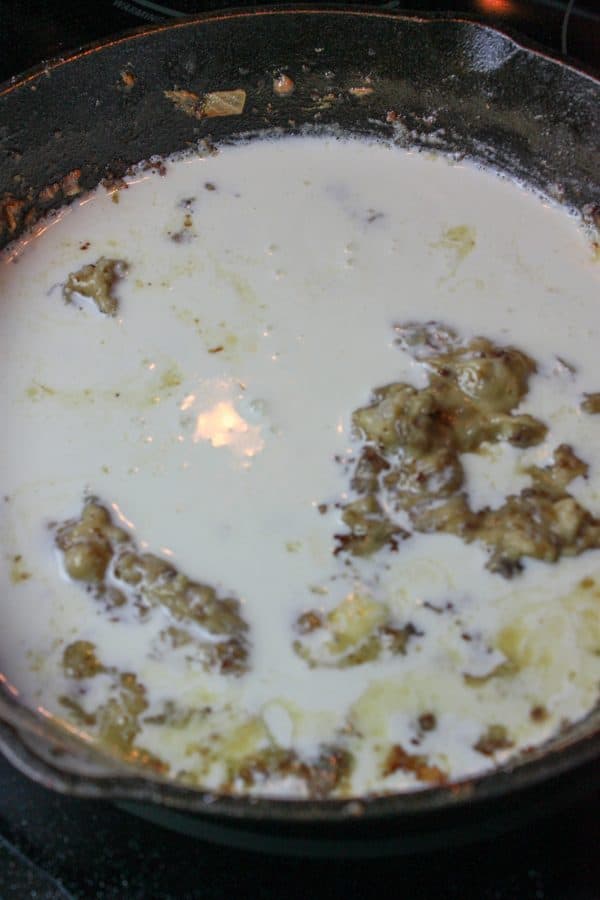 Pour the half and half into the skillet and mix everything together. Once you mix it, it’s going to get thick again. Pour in a cup of water or beef broth. The beef broth is going to give it a lot more of a stronger flavor.

You can use 2% milk if you’d like something lower in fat. It will still taste just as creamy. 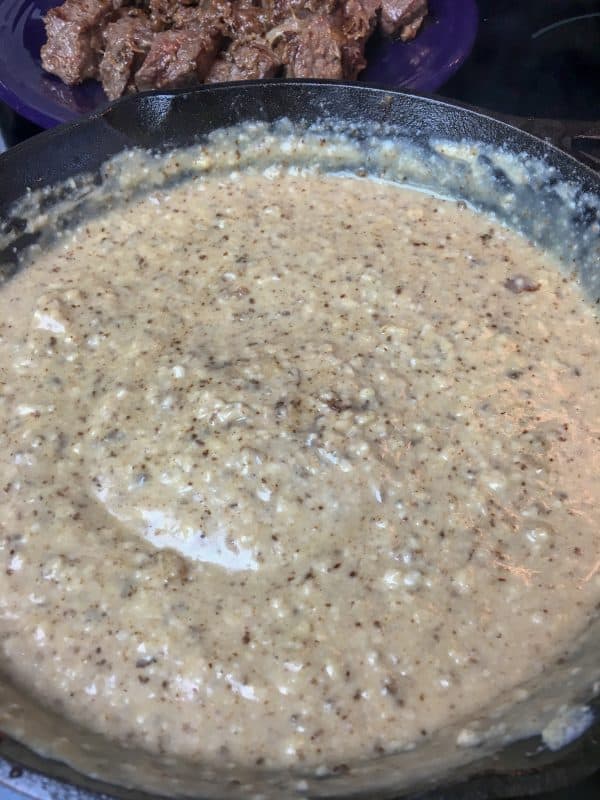 Once you’ve added the broth or water, stir everything together and give it a minute to thicken. I usually keep it on medium heat because it can boil quickly. If it’s too thin, add a small spoonful of flour, and if it’s too thick, add more water or broth. 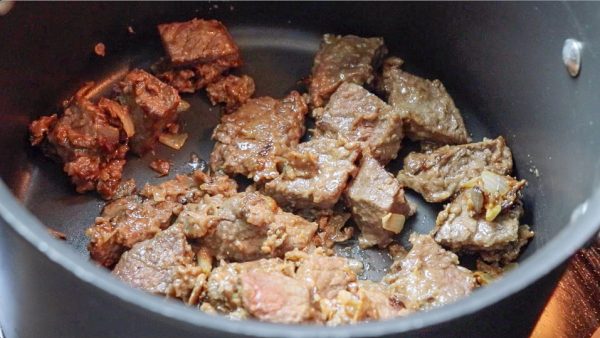 Grab a saucepot and add the cooked stew beef. 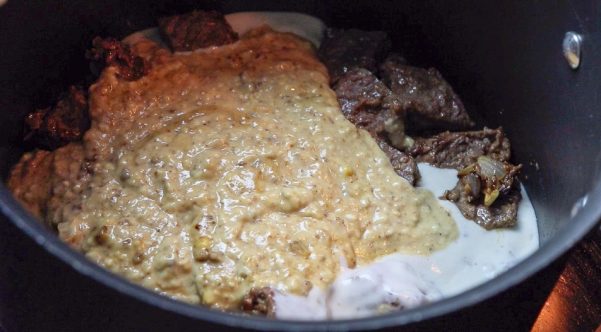 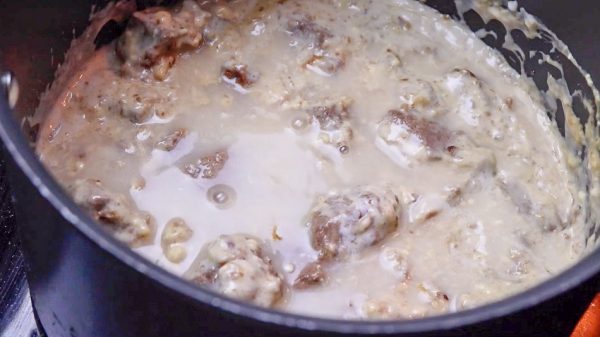 Add more water to the pot and stir everything together. Bring it to a boil. 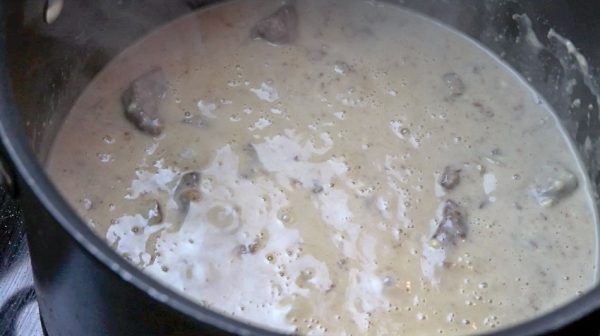 Lastly, reduce the heat and cover with a lid. Let the creamy meat and gravy mixture simmer for about 1-1/2 hours. Stir on occasion to keep things from sticking to the bottom of the pan.

How Do You Thicken Beef and Noodles? 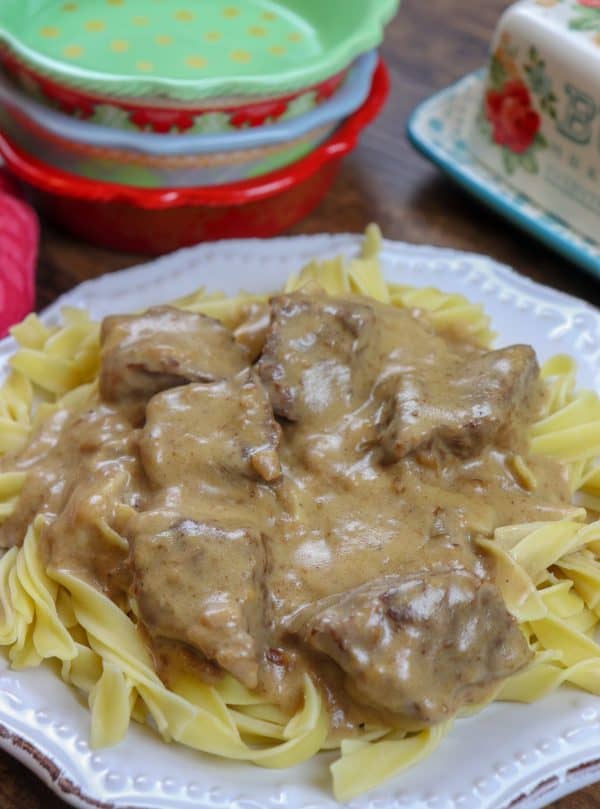 Once the meat becomes tender, cook the egg noodle according to the package instructions. Add some noodles to your plate and spoon the creamy beef and noodles over the top. 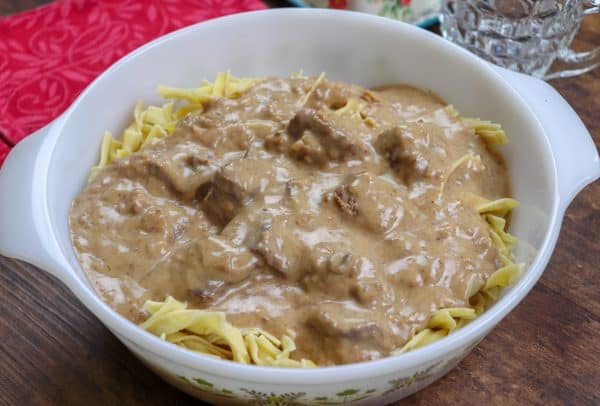 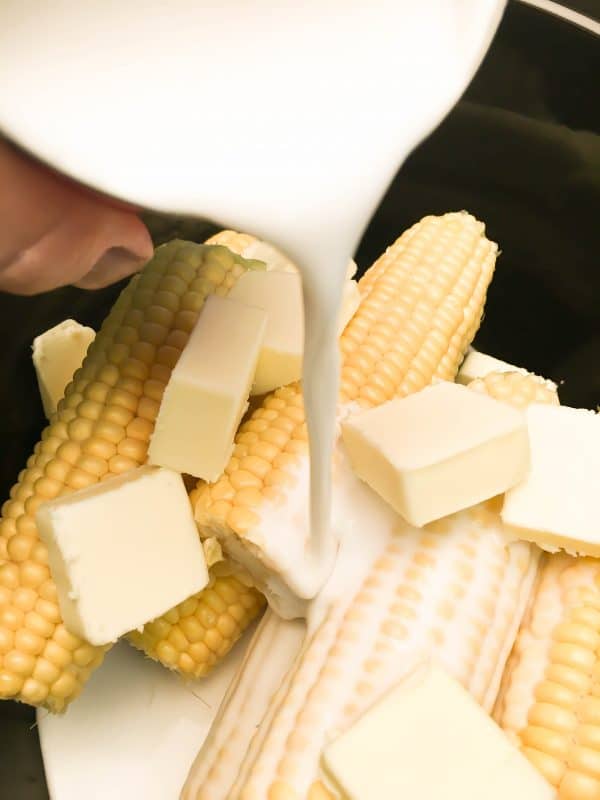 Crock Pot Corn on the Cob 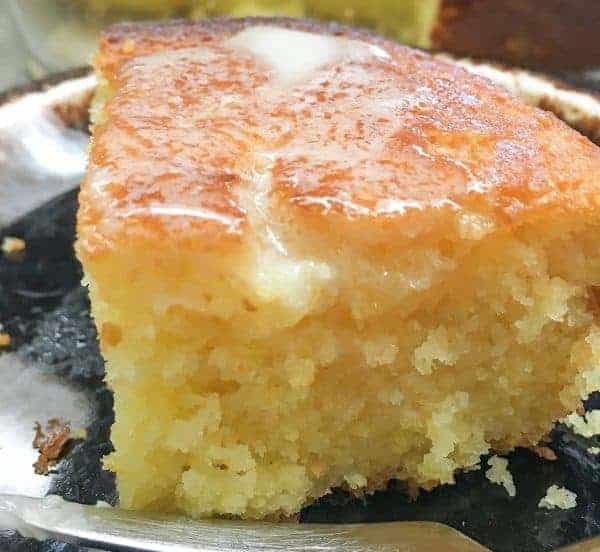 What Can I Do To Make Jiffy Cornbread More Moist?

Check out more delicious recipes at 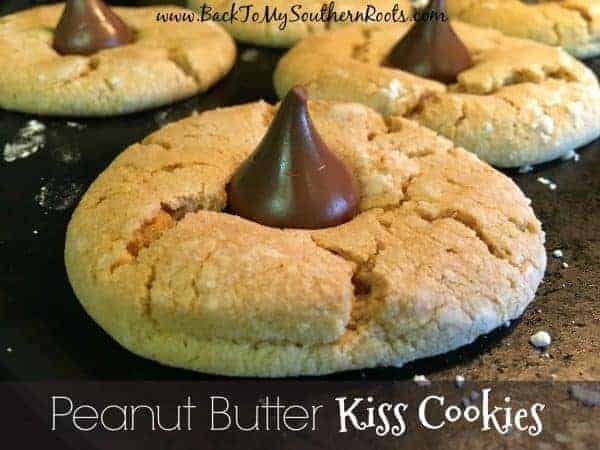 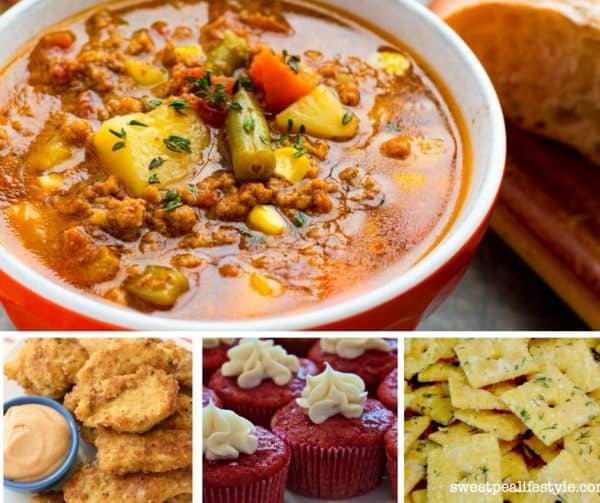 […] is a very easy recipe with ground beef, seasonings, macaroni noodles, broth, and lots of cheese for a very delicious […]

Easy Lasagna Recipe - Back To My Southern Roots

Crock Pot Beef Stew - Back To My Southern Roots

[…] Beef stew is a big hit around our house, especially with two growing teenagers. I love making it because it’s such an incredibly easy recipe to make. […]

Why is mushroom soup not in list of ingredients?

Hi Donald!I must've missed that. Thank you so much for bringing that to my attention. It's fixed now. Have a good afternoon!