We all love donuts, but we don’t always like them fried. I’ve got a recipe for glazed sour cream donuts that are easy to whip up and bake in the oven. It is the best-baked donut recipe and takes less than an hour to make, bake, and glaze. And, I have a special donut baking pan just for the occasion. 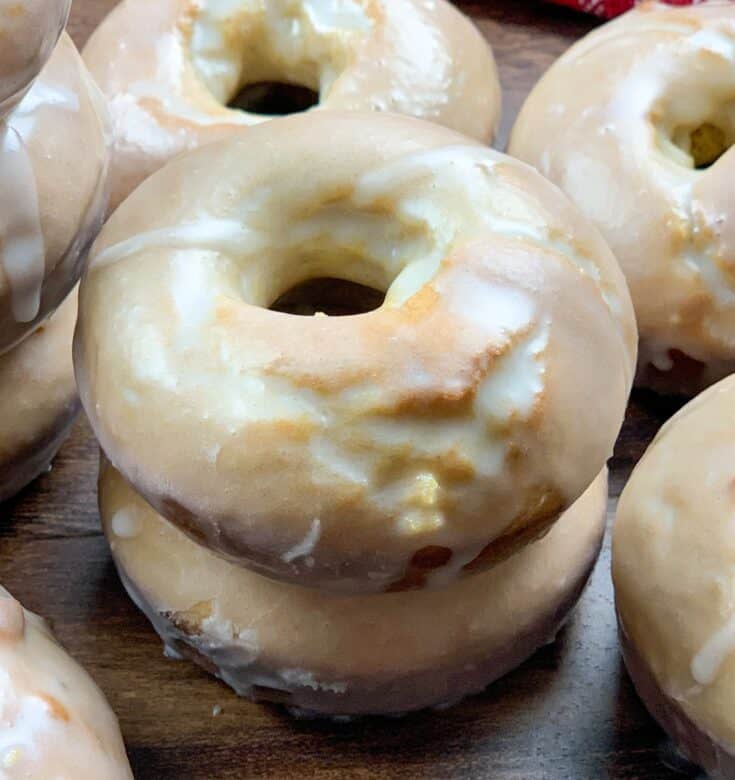 DISCLAIMER: This post is sponsored by Zulay Kitchen. As always, the opinions are honest and are all my own.

We really love donuts around here and there’s no hiding it, but I’ve never been one to make them at home, and it’s mainly because it seems like a lot of work.

But, I found out about a donut pan set from Zulay Kitchen that I thought would be fun to try out and it made the process so easy, and there’s no frying involved. It’s a non-stick donut pan that’s a great addition to the kitchen.

I ended up making several dozen donuts with the pans and have been very happy with how the donuts baked and turned out.

I first heard about Zulay Kitchen after my husband made a delivery to them last year. I love that they are a local company here in the Tampa Bay area.

Be sure to check out their extensive list of kitchen items including a Bento Lunch Box, lemon-lime squeezer, cookie press, cheesecake pan, and one of our favorites…the milk frother.

My husband can’t drink his coffee without using the milk frother first. Seriously, he LOVES that thing. And coffee always tastes great with a baked glazed donut. 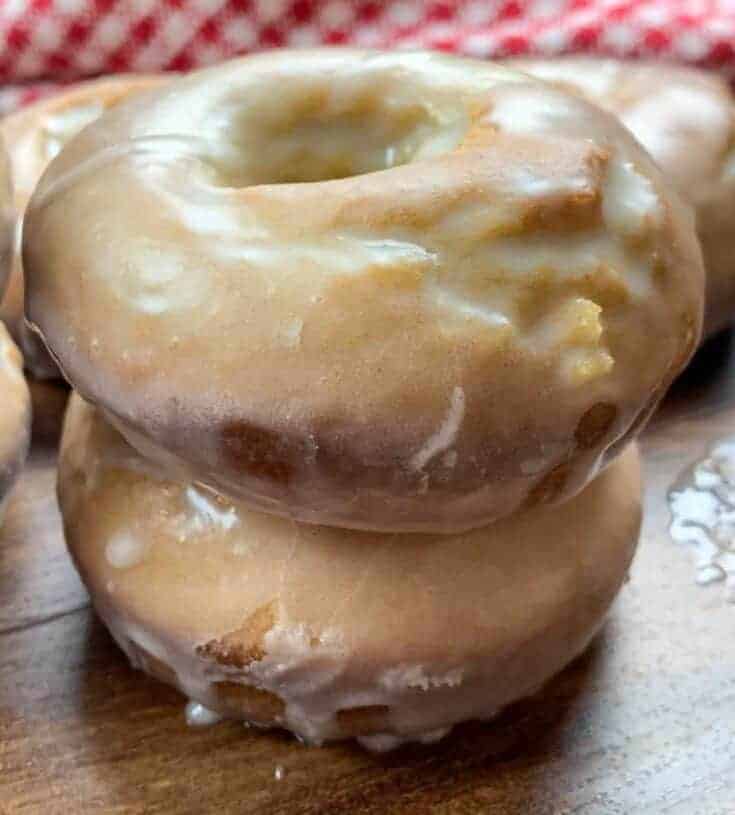 By the way, donut or doughnut?

Doughnut is the grammatically correct way to spell the delicious treat, but we’ve Americanized it over here and most people spell it donut. So, either spelling will work and I will come running for a donut or doughnut every time. As long as you have one, I don’t care how you spell it. 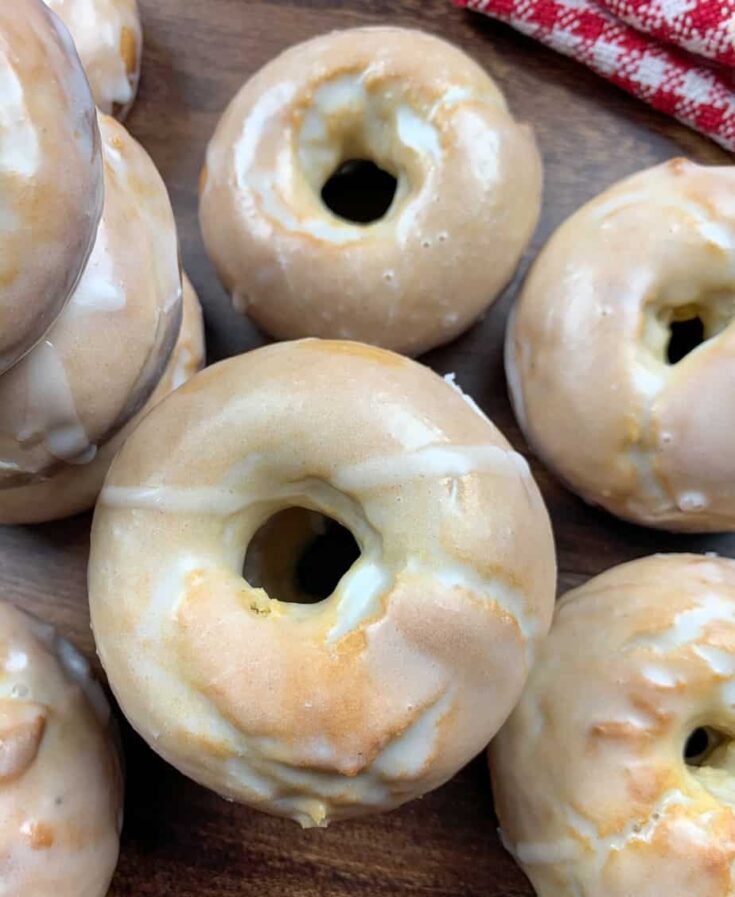 The room was full of kids and we even had a smart little negotiator saying he’d do more math problems if he could have a donut!

The baked donut recipe will even get kids to do more math – you heard it here first. 😉 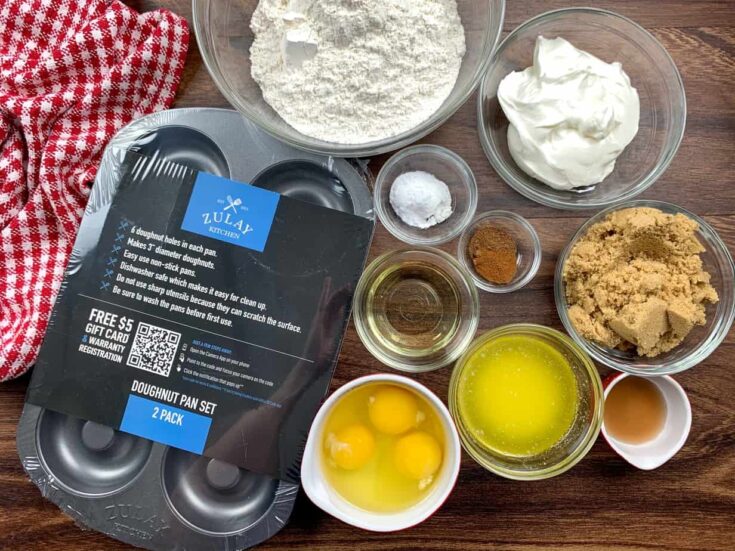 When you order the Zulay Donut Pan you will get two pans in the package, so you can easily make a dozen donuts. 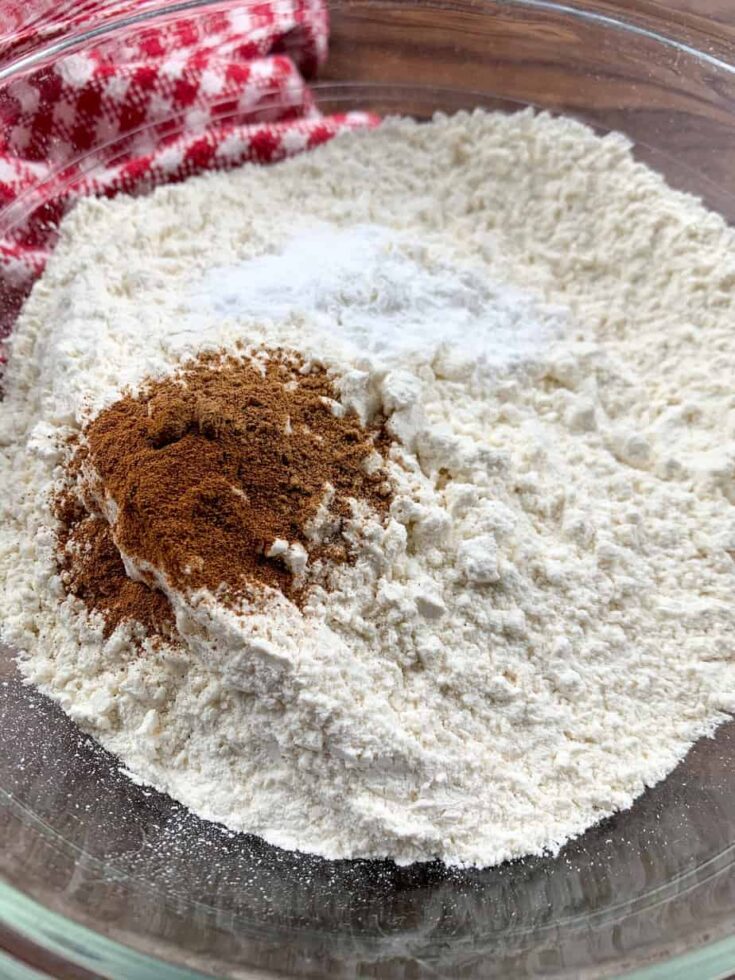 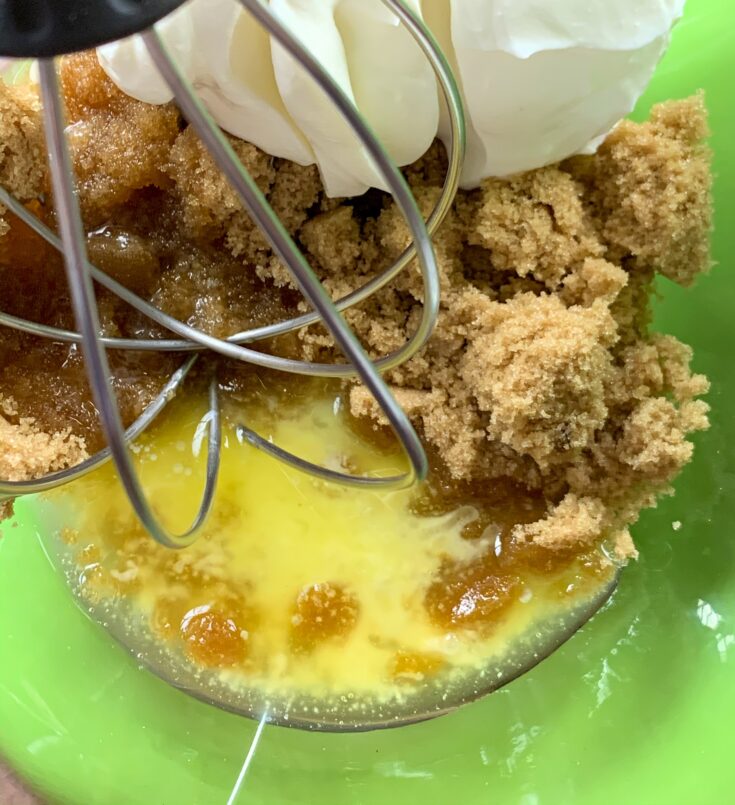 I used my large countertop mixer, but you can use a hand mixer, as well for this recipe. 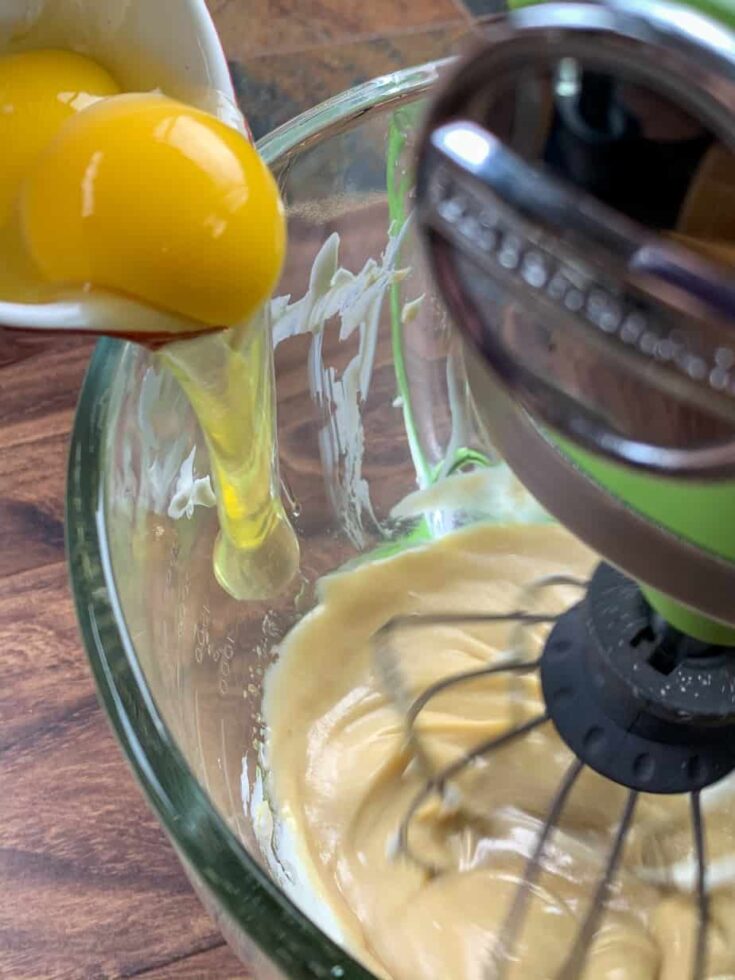 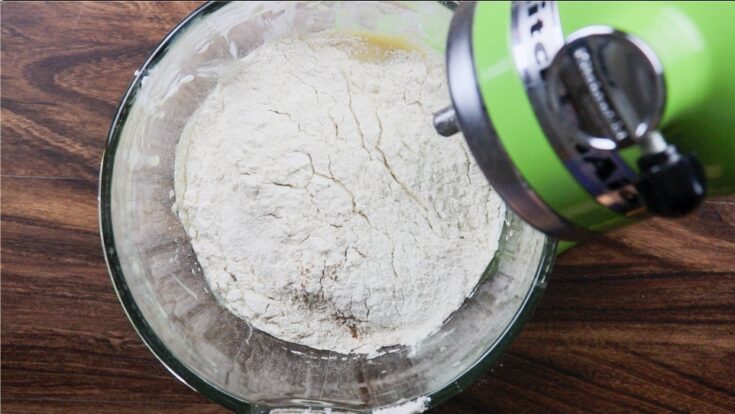 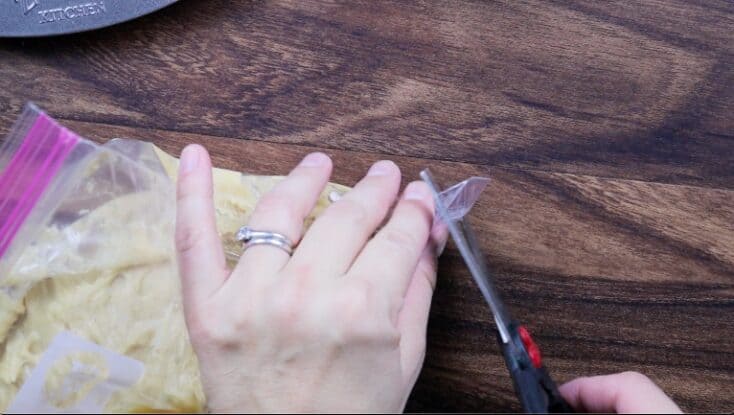 TIP: I learned the hard way that if you cut a large opening at the end of the bag, you will be squeezing too much batter into the pan and you will end up with more of a muffin instead of a baked donut.

I had to transfer my batter into another bag because I cut the original hole too large and it was adding too much to the pan.

The picture below is the perfect amount for the donut pan. And, if you go a little over or under, it’s ok, they will still taste great. 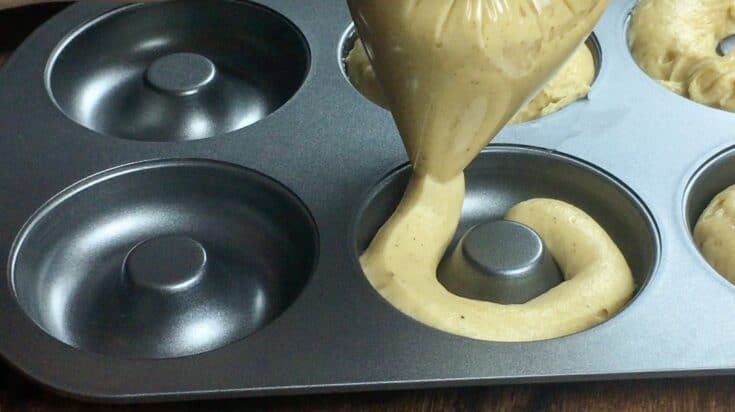 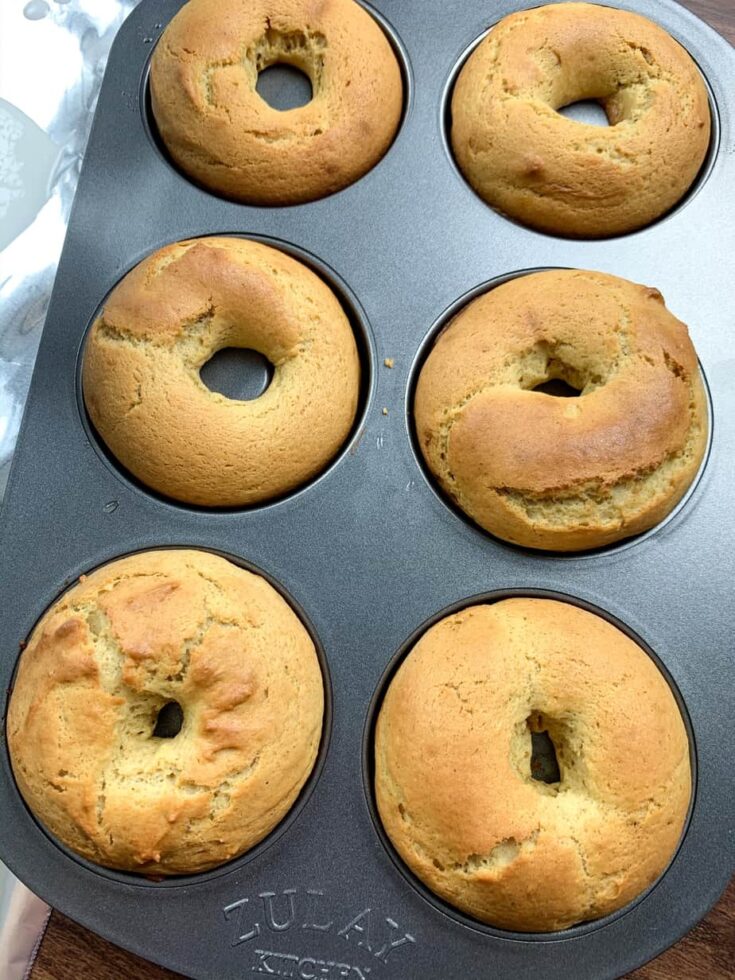 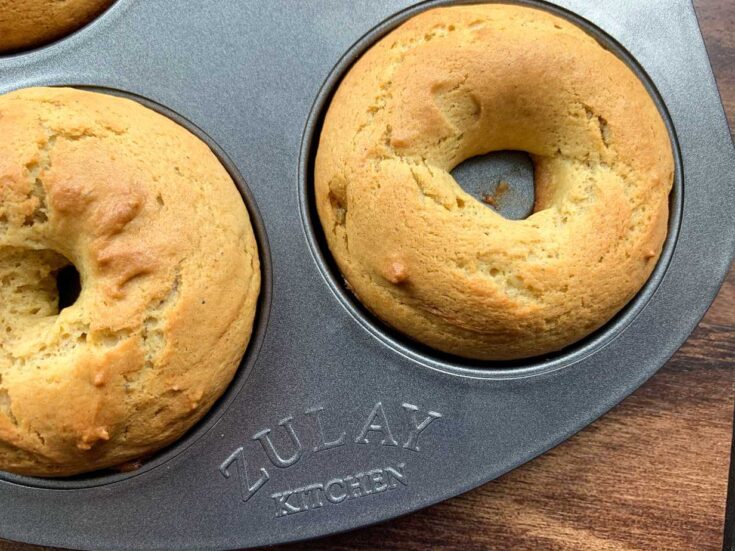 I was excited to get the donut pan from Zulay Kitchen because we’d tried some of their other kitchen items and loved them so much.

Since I made this recipe, I have used the pan several more times and it cleans up very easily. It’s also dishwasher safe to make life easier.

The pan is a non-stick pan, but I decided to test that out. I used non-stick spray on one pan and nothing on the other, and in the long run, I didn’t need the non-stick spray because the donuts slid right out of the pan. Easy peasy.

After the donuts bake, they will be a little darker on the bottom, and that’s normal. 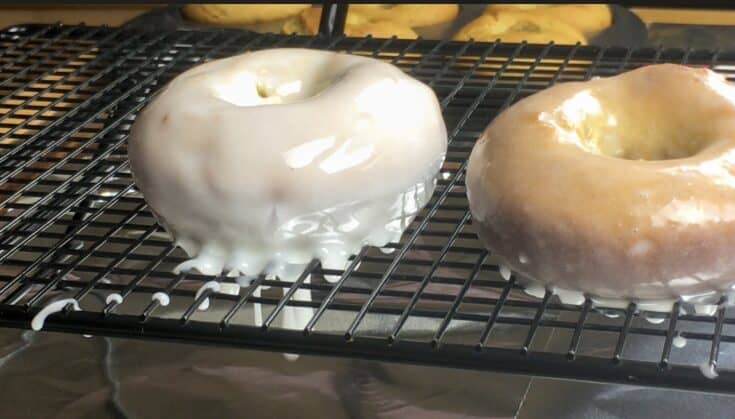 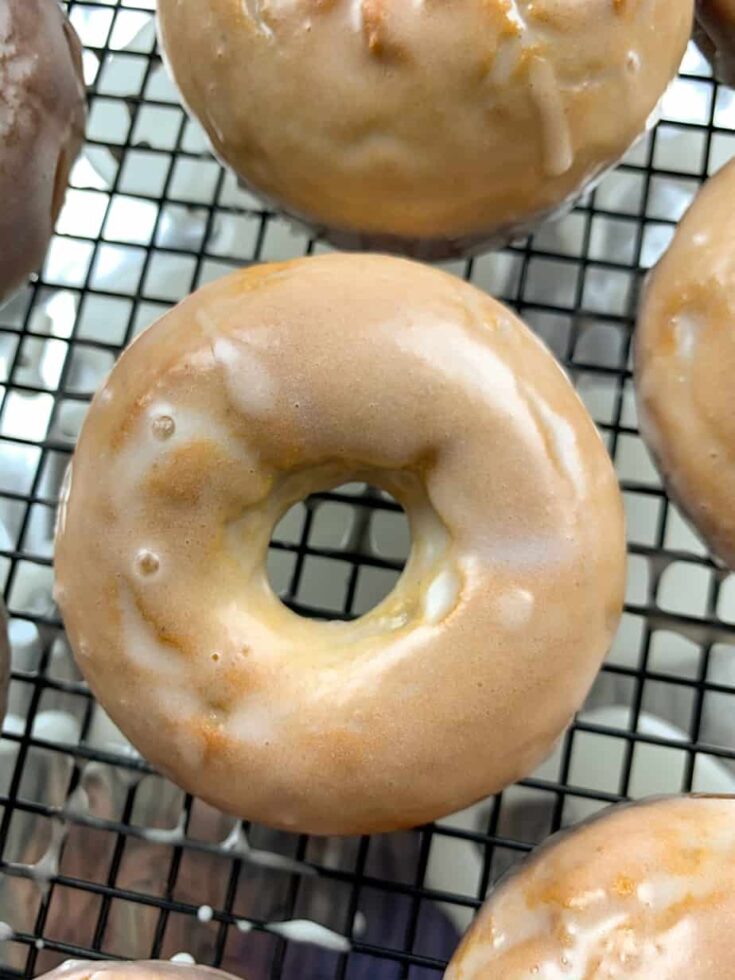 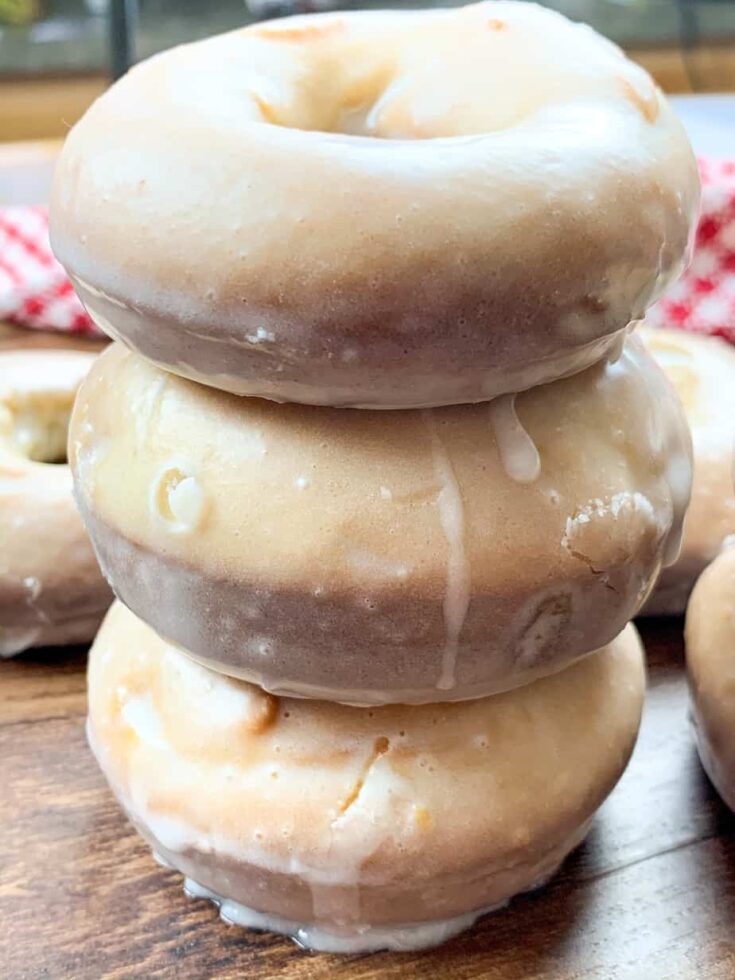 Print out the best-baked donut recipe card below, grab those ingredients, and start baking! This is one amazing dessert and I know you will love it.

Then, share your comments below and share a picture of your homemade donuts on the Pinterest Pin!  If you made any changes or added something different, be sure to share it with us so we can try it, too! 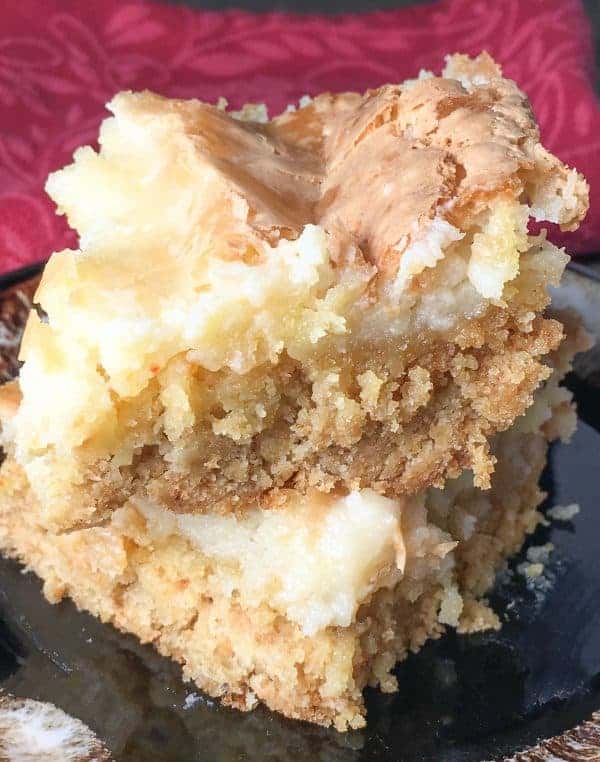 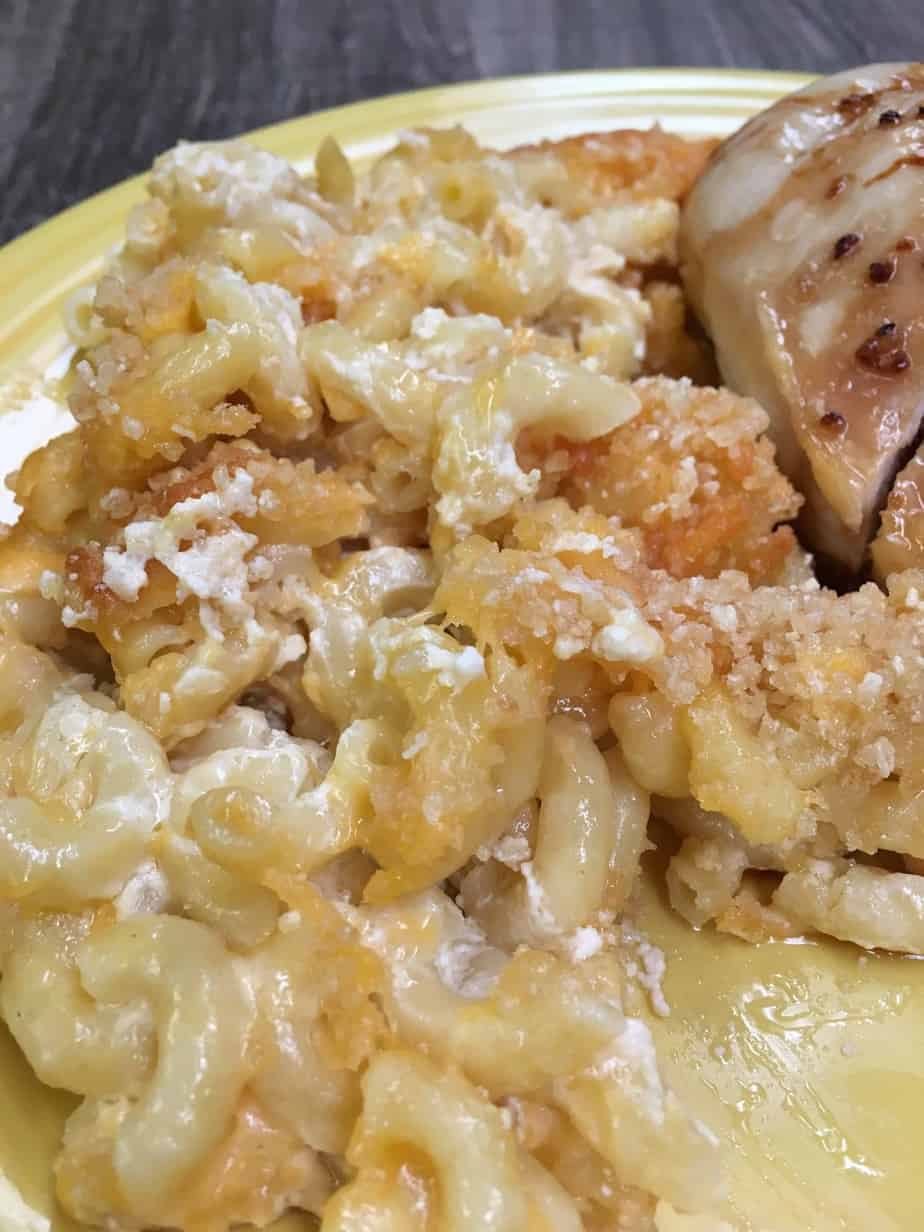 Next
The Best Baked Macaroni and Cheese Recipe with Evaporated Milk

Your Baked Donut will be a very special treat! Hope you are having a really good week and thanks so much for sharing with us at Full Plate Thursday! Miz Helen

Thanks so much, Miz Helen!

I am a sucker for a good donut and sour cream donuts rank right up there. I wish I could nab one of yours while I wait for mine to bake!

Thanks so much, Carlee! Wouldn't it be great it we could reach right through the screen?!