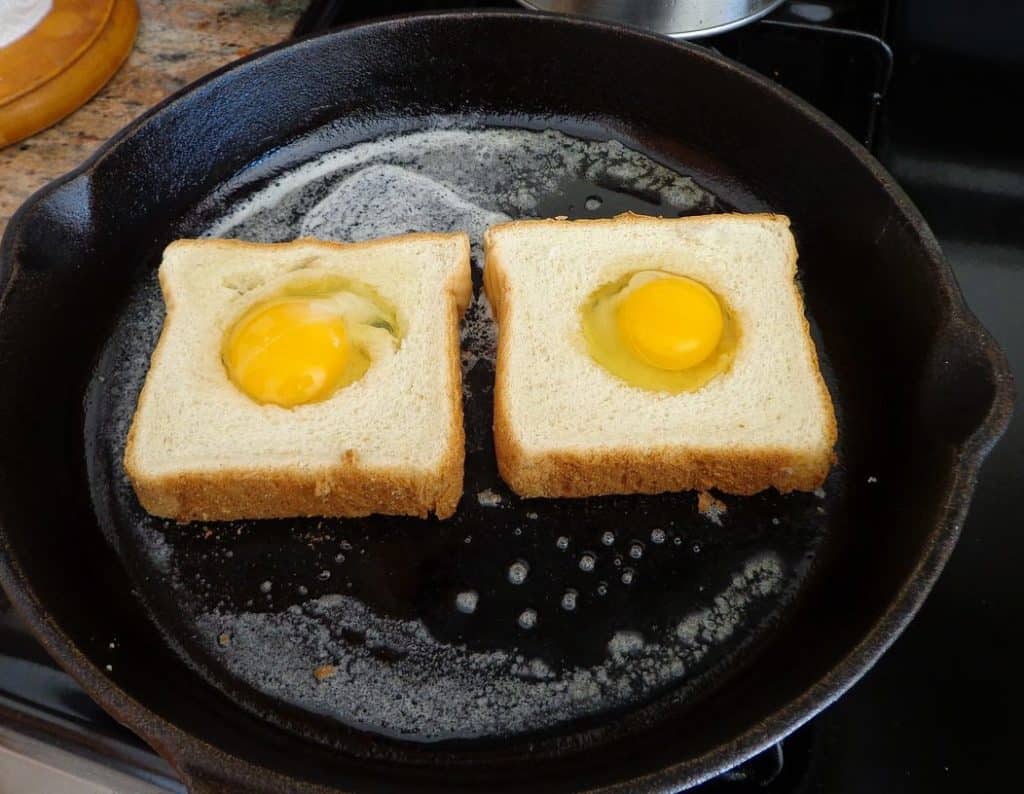 I just recently started using a cast iron skillet more often in my cooking. I am trying to use more natural products to cook in. Iron skillets have a lot of great benefits, besides lasting forever. Here’s a list of reasons to switch:

If you’re like me, you don’t want to have to scrape the egg off your skillet first thing in the morning before you sit down to eat. I haven’t had enough coffee in me to have the energy to scrape food off of a pan. If your skillet is seasoned, you shouldn’t have too many issues.

Cast iron skillets are versatile. You can brown your hamburger meat, fry potatoes, and even make a giant chocolate chip cookie. I love the fact that I can cook my eggs in the morning, and bake some fried chicken in the evening, and pop it into the oven to finish the meal.

I’ve seen people get pretty darn excited about finding a cast iron skillet at a garage sale. They aren’t terribly expensive, but people do a dance when they find them. If you have a skillet, and it’s rusty, never fear, that can be fixed. I recently cleaned my skillet, and it wasn’t that hard. It took a little bit of elbow grease, some oil, and time. You can even use metal spatulas, and it won’t ruin it!

One of the great features is the fact that you are cooking on cast iron. That’s it. No chemicals sprayed on top. No fumes. Nada. Nothing like smelling the wonderful scent of melting butter, your food, and that’s it.

No seriously. If your home is ever broken into, I am going to assume you will be picking up that cast iron skillet. If I were an intruder, I’d politely leave if someone swung one of those babies at me. 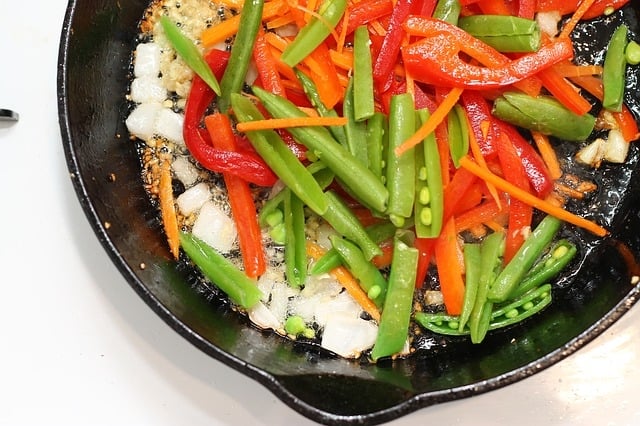 6. Holds the heat, and distributes it evenly

When you’re cooking on a cast iron skillet, it’s best to heat it up for a couple of minutes before putting anything in the pan. Once the pan has had a chance to warm up, it will stay that way long after you’ve turned off the stove. So, if you’re all sitting down to eat, and want to leave something in the pan, it will stay good and hot.

This goes back to the non-stick benefit. The skillets are easy to clean. If you do end up with something sticking a little bit, just add some water to the skillet, boil it on the stove, and clean it up. Lickety split, easy peasy. Most everything comes right off.

Trying to sear foods is so simple in a cast iron skillet. Once a food has cooked on one side, it will be easy to turn over. If you’re trying to sear a steak, simply cook it on one side, and when it lifts up easily, it’s ready to flip. You can cook cheese sticks, potatoes, steaks, burgers, you name it.

The great thing about these skillets is that they are not terribly expensive. I have a skillet that I’ve recently started using because of all of the benefits. You can grab a 10.25″ one on Amazon for less than $20. Click on the picture below to take you right to Amazon to grab one today (my affiliate link). You can also get a larger size for around $30. This skillet on Amazon is pre-seasoned, so you don’t have to worry about pre-seasoning when you get it. Bonus!

10. They can take high heat

One of the cool things about the iron skillets is their ability to tolerate high heat. They can withstand high oven heat, and even sit over an open fire out on the campground. The fire won’t hurt them a bit. I don’t know of any other skillets that I would hold over an open campfire.

11. They help boost your iron intake

I saved the best bonus for last. If you’re like me, taking an iron supplement can make your stomach ache a bit. But, using a cast iron skillet will add iron to your diet–without the tummy ache. Seriously! Iron will leach into your food, giving you needed nutritional benefits. 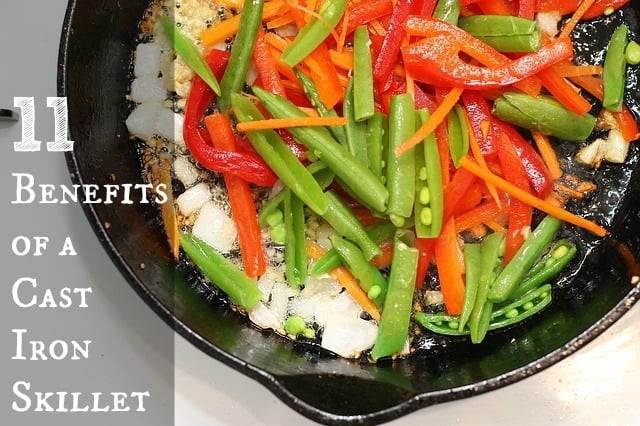 […] baked in a 10″ or 12″ cast iron skillet, depending on the thickness you prefer. Cast iron is naturally non-stick and distributes heat evenly, resulting in a crispy cookie crust but a center […]

[…] Cast-iron skillets are non-stick, so clean-up is a breeze, and it distributes the heat evenly as it cooks. […]