Hershey’s Chocolate Fudge is a wonderful treat that only requires a few ingredients and tastes pretty amazing.

The easy fudge recipe has been around for generations and used to be on the side of the Hershey’s cocoa container. It’s your grandma’s old fashioned fudge recipe that you know and love.

There’s nothing better than bringing back those old memories with some fun recipes that we all know and love.

Hershey’s chocolate fudge is one of the best fudge recipes and I am sure it brings back a lot of great memories.

Fudge is one of my all-time favorite desserts and I make a ton of it around the holidays. It’s a great treat to make and give away as gifts, and it won’t break the bank.

The recipe uses cocoa powder as one of the ingredients. It’s made without sweetened condensed milk and without marshmallow creme and it turns out soft, creamy, and chocolatey.

I made this several times and goofed up on a couple of things, so I will share that with you in this post so you don’t make the same mistakes. Keep on reading and you’ll see what I did wrong.

What Do I Need To Make The Old Fashioned Fudge?

(Full recipe measurements and directions listed at the bottom of the blog).

How Do I Make The Hershey’s Chocolate Fudge?

If you love fudge try this Velveeta Fudge recipe or this chocolate fudge that everyone loves.

Use a large saucepan. The first time I made the fudge I started out with a three-quart saucepan and it wasn’t even close to being big enough.

The mixture will boil and overflow and you’ve got a big mess on your hands. I made the mistake of using the small one and it kept wanting to boil over and I had to remove it from the stovetop and never finished it.

Make sure your thermometer works. Thermometers do go bad after a while, so it can give you a false reading. On one trial, I made the mistake of cooking the fudge too long and thought I was going to have to throw out my pan because the fudge ended up rock hard at the bottom – oops!

Make sure the thermometer isn’t touching the bottom of the pan, or you’ll get an inaccurate reading. See the picture below.

If you mess up, start again. I’ve messed up plenty of recipes, but if you really want it, make it again. We learn from our mistakes and they make us (and our food) better the next time.

Keep the thermometer a little bit off of the bottom of the pan. If it touches, you will get an inaccurate reading and it will not reach the desired temperature.

I have to say that I wasn’t crazy about the thermometer in the picture because I only used it once and got condensation inside so that one is useless now.

I usually use this thermometer and it works great. They can go bad after a while, but they do last a few years.

First, add the sugar, Hershey’s cocoa, and salt to a large saucepan.

I would go with a five or six-quart saucepan, which seems like overkill, but when it starts to boil, it will rise up quite a bit.

Secondly, stir the dry ingredients together because it will help mix the cocoa.

Have you ever made something with cocoa and it seems like it just doesn’t want to cooperate and mix well with other ingredients? Mixing the cocoa while it’s dry will help with that.

Thirdly, pour the milk into the dry ingredients and stir until well combined. Keep stirring until the mixture starts to boil.

Once the mixture starts to boil, stop stirring. Not stirring was hard for me, because I worry the ingredients will stick to the pan, but it will all be ok.

Do You Stir Fudge While Boiling?

Fine Cooking.com states, “Don’t stir the fudge. Shaking or stirring the fudge mixture while it’s boiling or cooling causes premature crystal growth. If the crystals form too early, they continue to grow and become too large.”

When the temperature reaches 234-degrees, remove it from the heat and add the vanilla extract and butter. DO NOT STIR! Allow the temperature to cool to about 130-degrees.

I filled the sink with a few inches of cold water and placed the pan into the water, being careful not to get water in the fudge, to bring it down to 130-degrees faster.

TIP: Be careful pouring the vanilla extract into the pan. It wanted to splatter back up on me a little bit.

The butter will melt and look glossy. Just let it sit.

After the chocolate fudge recipe cools to the 130-degree temperature, stir for a while until the brown loses most of its sheen.

Pour into a 9″ x 9″ container and gently run a knife through to get rid of some of the bubbles.

Allow the Hershey’s chocolate fudge to set up for a few hours. I placed mine in the refrigerator and thought it tasted great cold.

How Do You Set Up Fudge?

By adding sugar, cocoa, and milk, and then cooking the ingredients to 234-degrees. The fudge will set up as it cools. While cooling, it will thicken to the point of being able to cut it.

Why Did My Fudge Not Set?

You most likely didn’t bring the temperature up to 234-degrees. A lot of people are able to test the fudge by dropping it into cold water to test doneness, but I have never had a lot of luck doing that.

I always use a thermometer to be sure and get it to the right temperature before removing it from the heat.

Check out the Hershey’s chocolate fudge recipe card below, grab those ingredients, and start cooking! This is a great dessert any time of the year and I know you’ll  love it.

Grab the recipe for divinity candy here and make it for the holidays. 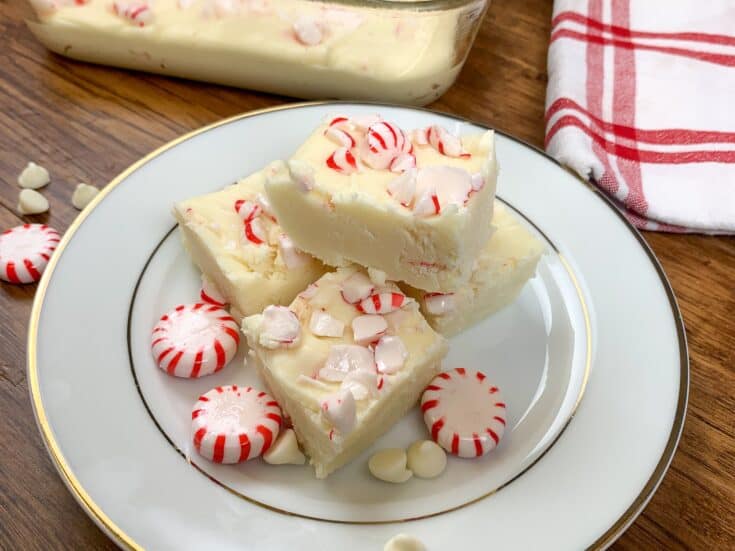 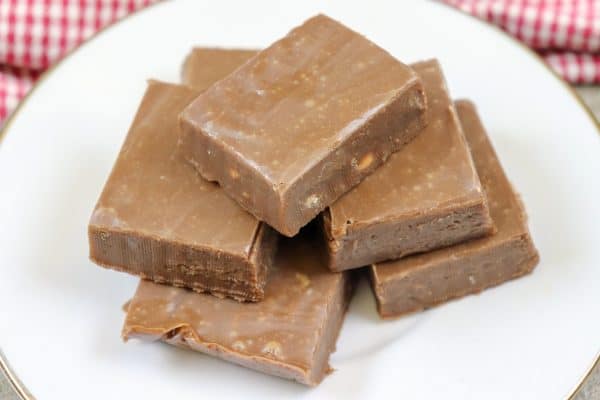 I remember when this recipe was on the Hersey Cocoa container. I don't ever remember using 11/2 cups of milk I thought it was only 1 cup. Other than that everything else seems the same. I can say that the extra 1/2 cup of milk doesn't make a difference. I base this on more than 60 years of experience.

That's a lot of great experience! I'll try next time with one cup. Thanks!

My husband always use evaporated can milk instead of milk. How ever he passed away in 2019. No one can duplicate it. He never wrote it down. Always Said the recipe he used was on can. Do you know of it with evaporated milk

The only fudge recipe I know of with evaporated milk is fudge with marshmallow creme. Here's the link: https://www.backtomysouthernroots.com/fudge-will-make-friends-jealous/

Hopefully, this is the fudge you were talking about.

I have been making this fudge for more than 55 years. Family favorite. I have never had a thermometer but I might get one to be sure. The last time I over cooked it and it was a little sugary. Loosing some of my knack. Still good though.

I’m so impressed you’ve never used a thermometer. You need to give us some tips! Thanks for sharing.

I've heard that. It's funny how those things can affect candy!

My favorite fudge and it's hubs favorite too.

Awesome! Love to hear that.